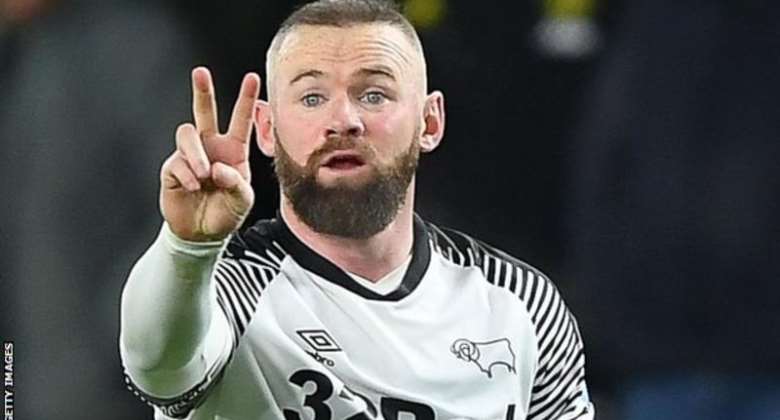 Wayne Rooney joined Derby as player-coach in January and has been at the "forefront" of wage discussions.

Derby County players and staff have agreed to take wage deferrals amid the coronavirus pandemic.

The Championship side has not revealed how big a percentage of wages are being deferred but said it was "considerably more than has been reported".

A Rams statement "specifically" thanked Rooney for his "help and support".

Derby boss Phillip Cocu and his coaching team, plus chief executive Stephen Pearce and his staff have agreed "significant" deferrals, with the statement adding: "The measures have been agreed as part of the ongoing work to protect the future of the club, our staff and the communities we serve, during these unprecedented times."

The Rams are one of several Championship team to agree wage deferrals including Leeds United, Wigan, Bristol City, Cardiff City and Swansea City.

Derby were 12th in the second tier before football in England was halted indefinitely.

In January the EFL charged the club "for recording losses in excess of the permitted amounts provided for in EFL regulations for the three-year period ending 30 June 2018". Spending rules allow Championship clubs to lose £39m over a three-year period.

They also face action over the sale of their Pride Park stadium to owner Mel Morris. The club say they reject the grounds of both charges.

Rooney, 34, had been heading talks with Derby executives, but the club's first request was rejected by the players following PFA advice.

Rooney's spokesman said the ex-Manchester United and England player was acting as "the conduit between board and dressing room".