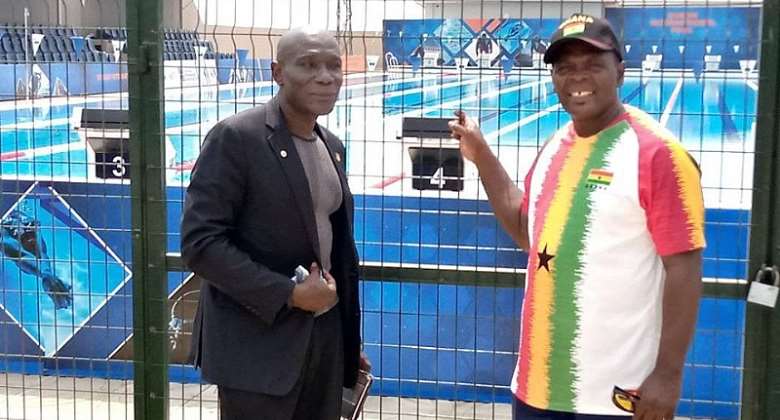 In an exclusive chat with the experienced boxing trainer, he said it is very good that the facility which houses the Bukom Boxing Arena also has a Gym and Physio Center, Swimming Pool, Multi-Purpose Sports Hall, Conference Hall (s), Restaurant and others like offices of the Ghana Boxing Authority (GBA) and Ghana Swimming Association (GSA),

He hailed the leadership of SSNIT who proposed and constructed the emporium which has so far hosted many conferences, boxing matches, international table tennis, badminton, basketball and swimming competitions.

The three-star AIBA licenced trainer called on the management of the TSE to try their best to maintain and manage the facility so that it would be a place of sports excellence.

He also suggested that more sporting events are held there to make it user friendly.

“In fact, I want to thank TSE for giving the Black Bombers some opportunity to train at the gym before going for the Olympic qualifier in Dakar, Senegal, we need more of these to make the nation proud,” he said.

The Black Bombers have two boxers who have qualified for the 2020 Olympic Games to be held next year in Japan.