I Will Always Rate Ronaldo Over Messi; He Is Just Phenomenal - Agyemang Badu 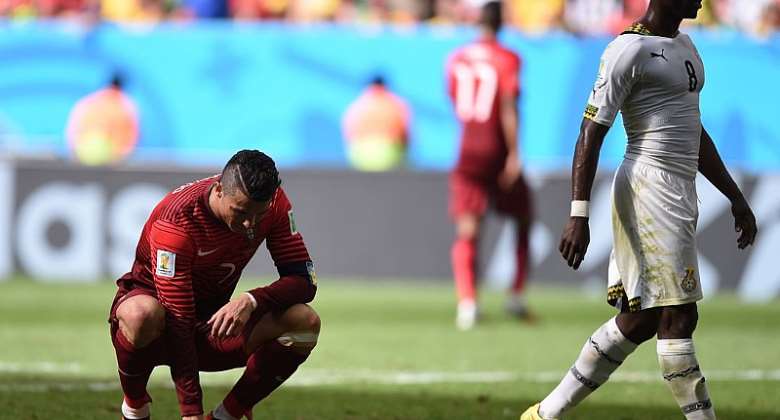 The two footballers have been rivals for more than a decade where they have shared 11 Ballon d'Or awards amongst themselves. While Messi leads with 6 against Ronaldo’s 5, the Juventus star is also ahead of the Barcelona attacker when it comes to the Best FIFA Men's Player awards.

While the debate as to who is the best amongst the two players continue, Agyemang Badu says he will rate Ronaldo over Messi.

In an interview with Asempa FM, the former FIFA U-20 World Cup winner explained, “I have played with Ronaldo but I am yet to play against Messi but I will rate him [Ronaldo] over Messi.

Emmanuel Agyemang Badu played against Ronaldo while in action for the Black Stars in the 2014 World Cup against Portugal in the group stages. Ronaldo scored the winner for his country as they cruised to a 2-1 triumph at the end of the 90 minutes.