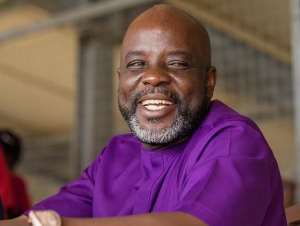 A former Black Stars Management Committee chairman, Wilfred Kwaku Osei (Palmer), has stated categorically that some Ghana Football Association (GFA) officials have been influencing the selection of players to the detriment of the senior national team.

He, therefore, singled out selfish interest on the part of some GFA officials and certain personalities in the team as the main issue that had hampered the progress of the team in recent times.

“This is an open secret that GFA officials influence the selection of players into the national team. There are some players who come to the national team but are not fit to be in the team,” Palmer revealed in an exclusive interview with the Daily Graphic last Thursday.

He noted that selfish interest on the part of officialdom stood out, among other missing pieces, which had denied the nation her fifth Africa Nations Cup (AFCON) title.

“We have so many missing pieces and selfish interest which are the drivers as far as most personalities in the Black Stars and the GFA are concerned,” he stressed.

According to him, some top officials close to the team tend to consider players who are close to them for selection into the Black Stars instead of diagnosing the problems of the team from a technical perspective.

“Instead of we looking at things from a technical perspective, we tend to look for players very close to us to be part of the team, irrespective of their level or quality of skills they have.

“If you have your doubts, you can talk to the ex-coaches and they will tell you a lot. Even the supporters can say we want this player to come into the team because we want ABC to be done. But is that the way forward?” A worried Palmer questioned.

Similarly, he said progression of players into the Black Stars had also not been the best, citing the promotion of some key players of Ghana’s 2009 FIFA U-20 World Cup-winning team to the Angola 2010 AFCON squad as a typical example.

“We were able to go as far as the final of the finals in Angola after 2009, which should inform us in our policy direction that when we allow these boys to migrate in a natural progression up to the Black Stars, this is what is there for us to achieve.

“If they were able to make that monumental impact on the African soil just a year after winning the FIFA U-20 World Cup, then a different story would have been told if we had gone with the full complement of the team, including some of the senior players such as Essien and Co. who were ruled out by injury.

Palmer, who is currently contesting his disqualification from the GFA elections on October 25 last year at the Court of Arbitration for Sport (CAS), also had a problem with the mode of appointment of coaches for the Black Stars.

“Even when it comes to the appointment of the technical team for the Black Stars, do we do the right thing?

“There were people within the technical team who bottled up some negative feelings because of the way things were done,” he disclosed further.

In his frustration, he questioned whether coaches were subjected through a thorough scrutiny before they were appointed to serve in the senior national team.

“Are people being properly scrutinised for us to know if they are the right people to do the job? he lamented, with particular reference to the recent appointment of coaches to the various national teams.