Bundesliga 'Ready To Return On 9 May', Says German Football League 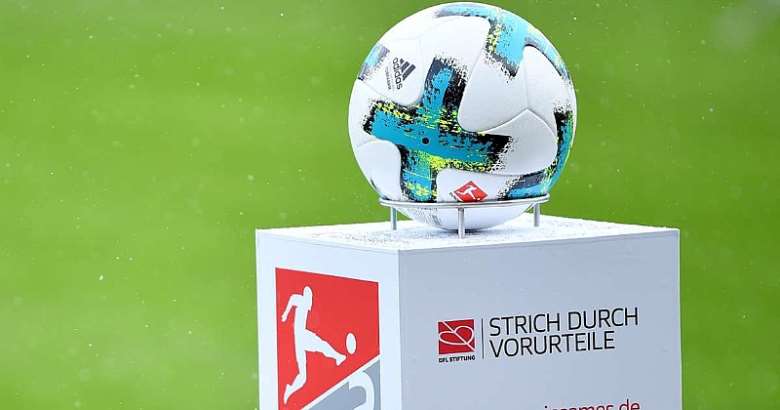 The Bundesliga could restart as soon as May 9 with backing from the government, DFL chief Christian Seifert confirmed on Thursday.

The Bundesliga has been suspended since mid-March and will be until at least April 30 due to the outbreak of the new coronavirus, which has infected more than 148,000 and killed over 5,000 people in Germany.

A restart is expected some time in May but it is up to the government to give the green light, which could happen at a meeting between Chancellor Angela Merkel and state leaders in Berlin next week.

“If we should start on May 9, we are ready. If it is later we will be ready again,” Seifert told a news conference, adding that a deal with broadcasters made sure clubs would have enough liquidity until June 30, and once the season got underway.

Should the season be abandoned, they would have to pay back some of the amount, he said.

“For us what is decisive is what the politicians will decide. It is not for us to decide when,” Seifert said on a potential restart date.

Seifert was speaking after a meeting with all first and second division clubs to finalise the health and safety measures needed so that games without spectators can be played again.

A maximum number of 213 officials will be allowed inside the stadium, in the stands and pitch-side during the games, while another 109, including security staff, will be posted outside the stadium to ensure that fans do not gather outside the grounds.

Players will be monitored by an appointed team health and safety official and will undergo regular testing. An infection to a player will be reported to authorities who will be in charge of any other steps. The team, however, will not be automatically quarantined.

Germany has the fifth-highest COVID-19 caseload behind the United States, Spain, Italy and France, but has kept fatalities down thanks to early and extensive testing.

Regional leaders in Bavaria and North Rhine Westphalia said this week it was possible for the league to resume without spectators after May 9 and under strict health and safety conditions.

The league has warned that many clubs in the first and second divisions faced an uncertain financial future and several would be in an “existence-threatening” situation if play did not resume by June.

“We are not thinking about when the new season will start or what it will look like,” Seifert said. “We are only dealing with finishing the current season. If it was up to us we would like to be finished by June 30.”

Yet he had also discussed with broadcasters the possibility of stretching it into July.

Some German shops opened for business again this week, after a month of lockdown, in an agreement with the leaders of Germany’s 16 states, who are all keen to start the long haul of repairing the economy.