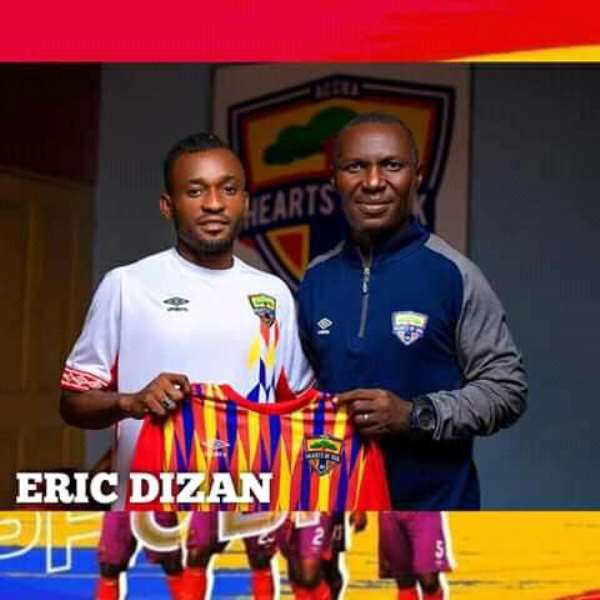 Accra Hearts of Oak have announced the signing of winger, Eric Dizan to boost the attack of the team in their bid to win the Ghana Premier League.

The Ivorian international has signed a three-year contract with the club.

Apart from Eric Dizan, the dread winger from Ivory Coast, the Phobians have also got Mamane Lawali a midfielder from Niger, Danjumah Kuti, a forward who is also a Nigerian, Nuru Sulley, a popular tough defender from Ghana and Abednego Tetteh also a Ghanaian striker.