I Don't Play For A Club Beyond Two Years, Says 'Stubborn' Songnè Yacouba 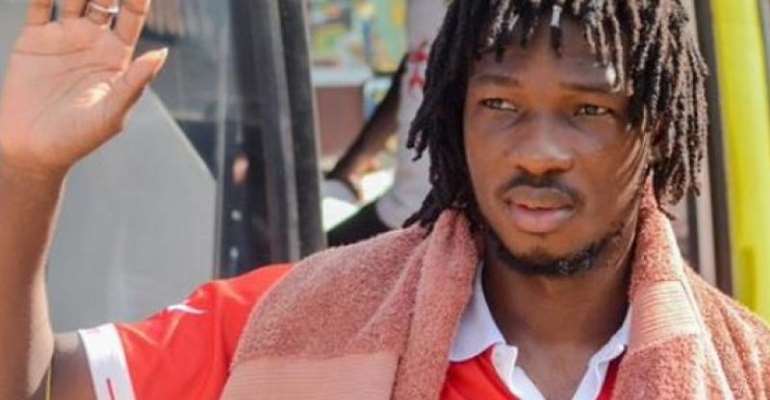 The representative of former Kotoko striker, Songne Yacouba, Jesse Jantuah has revealed that the 28-year-old does not stay at a club beyond two years.

The Burkinabe forward has parted ways with Asante Kotoko after the expiration of his two years contract.

Yacouba was on the verge of joining Medeama SC but teh deal was abrogated due to the outrageous demand of the player.

And according to the Ghanaian who represents the player in the country, it is very difficult dealing with French players as final decisions made with them are hugely influenced by a number of people who matter based on the player’s choice.

“With the French players, you can’t take decisions alone as a manager. When you are taking a decision, the player is involved, the father is involved and also maybe the wife. At times some of the friends,” Jantuah told Nhyira FM in an interview.

However, the player’s manager added that the former Stade Malien attacker’s refusal to pen a contract with any other club or a renewal to his expired contract with Asante Kotoko owes to his own guiding principle.

“You know I am a Kotoko supporter and I will love for Yacouba to play but he has told me that it is his policy that he doesn’t play for a club more than two years and at times you don’t stay in one country for more than two years, so he wants to move on,” he disclosed.

Songnè Yacouba signed for Kotoko as a free agent in January 2018 for two years.