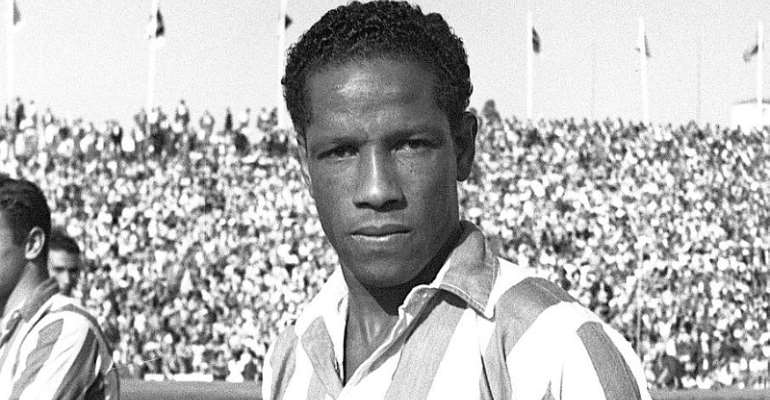 What do African legends Yaya Touré, Seydou Keita and Samuel Eto'o have in common? Apart from their significance in the Spanish topflight and stealing the hearts of football fans across the globe, the answer is one man – Larbi Ben Barek.

The first player African star to play on Spanish soil, and undoubtedly, one of the most impactful local players in LaLiga history, Ben Barek successfully paved the way for all other African footballers.

The first gem to come out of Morocco, Ben Barek opened the door for his North African brothers to blaze leagues around the world. Nabil El Zhar, Noureddine Naybet, Moha, Youssef El-Arabi, Zouhair Feddal, Youssef En-Nesyri, Fayçal Fajr and Nordin Amrabat all partly owe their success to the brave midfielder who first put the country (and continent) on the map.

Ben Barek’s intimidating height, Brazilian style of play and masterful dribbling caught the attention of Olympique de Marseille, and he was transferred to France in 1938. After wowing French fans with ten goals in his first season for OM, he went on to earn 19 caps for the French national side and the apt nickname ‘The Black Pearl’ – the first successful black footballer in Europe.

Yet, while the French public adored the Moroccan export, he was never fully accepted as a true Frenchman – something that Spanish majestic Atlético de Madrid used to their advantage when offering Ben Barek a lucrative deal (a reported total of 8 million FRF) after World War II ended. Devastated to lose one of their brightest stars, one French journalist wrote the famous line, “Sell the Arc de Triomphe or the Eiffel Tower, but do not sell Ben Barek.”

Scoring 19 goals in his first season with Atleti and helping the Los Colchoneros win their third LaLiga title, the Black Pearl’s move proved to be as deadly as the French had feared. Ben Barek continued to play for the football giant for five years, accounting for an impressive 56 goals in 113 appearances, and making an unerasable mark in LaLiga history.

During his stint in Spain, he earned another affectionate nickname – ‘The Foot of God’ – from the Spanish press. While some argue that the nickname had a dual meaning, both praising and insulting the exceptional scorer, placing Ben Barek in the conversation of one of the greatest African-Arab player of all time.

His remarkable career ended with one last French Cup final, eventually hanging up his boots to become the first official football coach of the newly independent Morocco in 1957. Six years after his death in 1992, Ben Barek was awarded the Fifa Order of Merit Award – the highest honour in Fifa.

The Moroccan midfielder’s legacy lives on today, with Brazilian footballer Pelé famously paying homage to him, commenting “If I am the King of Soccer, then Larbi Ben Barek is the God of it.”

A football legend that positively impacted the sport we know and love today, Ben Barek is a prime example of why LaLiga is committed to unearthing and celebrating African talent.