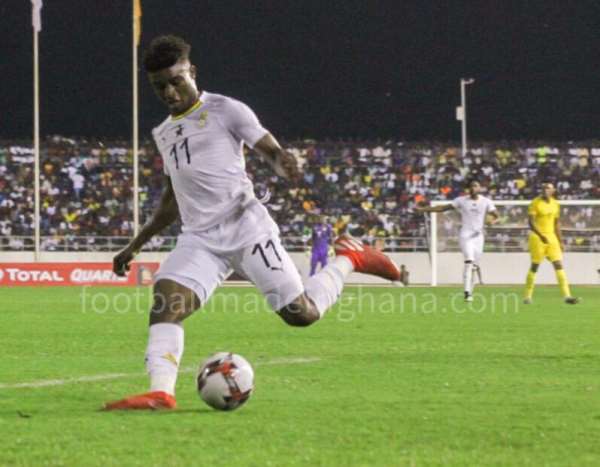 Former Ghana and Hearts of Oak star, Bernard Dong-Bortey has cautioned youngster Mohammed Kudus to stay focus if he wants to achieve his aims as a footballer.

The FC Nordsjaelland forward has made the headlines in the Danish League and has been a target for Liverpool and Everton.

The 19-year-old made his but in the national team against South Africa in the 2021 Africa Cup of Nations qualifiers.

Kudus scored a stunner as Ghana won 2:0 against the Bafana Bafana at the Cape Coast Stadium.

“I started watching him from the 2015 Ghana U17s. He’s developing well. If only he won’t get a swollen-headed, he will make it.

“This is Africa for you. African players, we don’t aim high. If we achieve something little then we begin to descend.

“The young ones coming should aim high and tell themselves ‘this is what I want to do’. The people at the top started like them.

“They should stay focused and set targets. If they work hard, trust me they will get there.”

Kudus has made 19 league appearances for Nordsjaelland, scoring nine times and assisting one other goal.

Bortey first rose to prominence at the 1999 Fifa U17 World Cup, where he netted three times to finish the tournament as the joint-third top scorer.

He went on to win four Ghana Premier League titles, the 2002 league goal-king award and the Caf Confederation Cup with Hearts of Oak.

Come carry Mahama’s E-block away if you won’t open it and gi...
38 minutes ago