Hearts Of Oak Line Up Several Players For Loan Spells 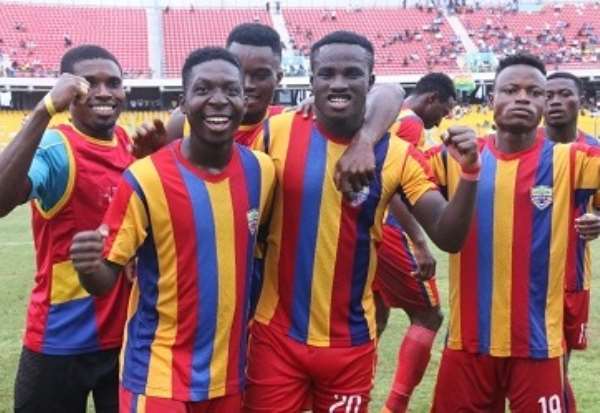 Ghana Premier League giants, Accra Hearts of Oak has lined up several players that will be sent out on loan before the transfer window closes, reports coming in have revealed.

The Phobians have a good squad with a lot of youth players who excelled under former first-team coach Kim Grant during the Normalization Committee Special Competition.

In the 2019/2020 Ghana Premier League season however it has not been the same. Those who have handed opportunities have failed to take advantage and hence continue to stay on the bench.

With the second transfer window of the football season currently opened, Hearts of Oak has reportedly decided to send out some of the fringe players on loan.

It is understood that as many as 7 players have been listed including Christopher Bonney, Emmanuel Mintah, and Dominic Eshun.