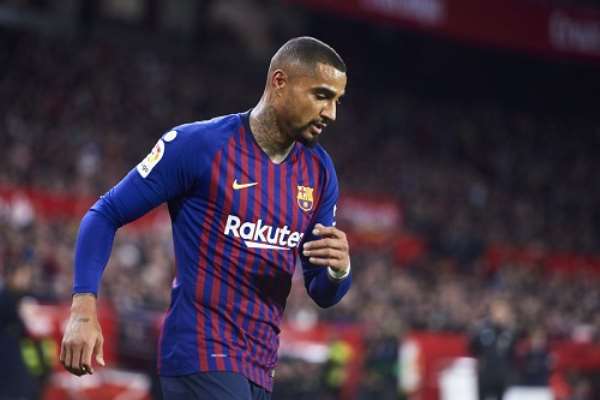 Ghana forward, Kevin-Prince Boateng has insisted he doesn't regret his move to Spanish giants Barcelona despite getting limited minutes on the pitch.

The former AC Milan and Tottenham Hotspurs man made a shock to Camp Nou in the winter transfer window last year after on a six-month loan deal from Sassuolo as a backup to Luis Suárez after Munir El Haddadi was sold to Sevilla.

Boateng, 32, struggled to get minutes under his belt for coach Ernesto Valverde charges making a paltry 4 appearances without finding the back of the net.

At the end of the season, the five-times European champions did not excise the obligation to buy after Boateng poor show for the club.

However, the former Ghana international has said he has no regrets over his short stint at Barcelona.

"I have never regretted my transfer to Barcelona," he said.

“I don't know if I will go back to Florence or not, the market is strange, it is a bad time for everyone but I carry in my heart all my former companions even if they have not seen the real Boateng at Fiorentina," he told Skysports.

He added, “I wanted to prove my worth but for many reasons, I didn't succeed. If I come back I want to split everything, Florence is the right place.

“Milan have a lot of cheering but there is also a lot of affection in Florence. I have talked to many young viola players trying to advise them, Chiesa, Vlahovic and Castrovilli will have a great future”.

Boateng is currently on loan at Besiktas from Fiorentina.

A/R: Pregnant woman allegedly stabbed to death by husband at...
7 minutes ago