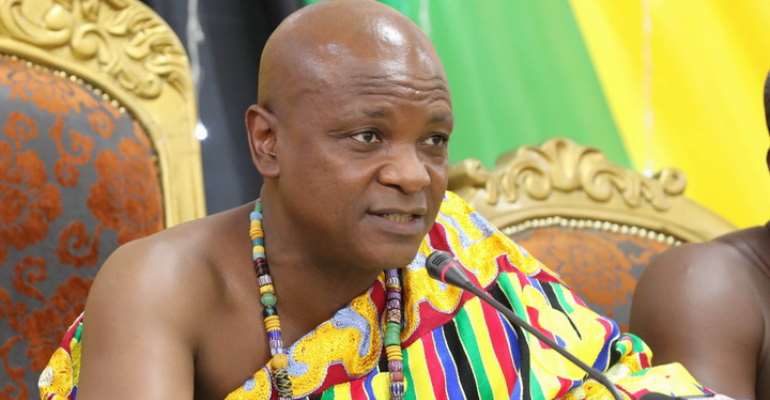 Managing Director (MD) for Hearts of Oak, Mr. Frederick Moore has called on supporters of the club to back and appreciate the club’s board chairman, Togbe Afede XIV.

The President of the National House of Chiefs has been the financier and backbone of the Ghana Premier League giants since 2011.

Under his reign as the board chair of the Phobians, they have not won the league title, a disappointing run that has often attracted fans to call for his resignation.

Speaking to Oyerepa FM, Frederick Moore has opened up on the trying times that club has gone through and has stressed that supporters of Hearts of Oak must be grateful for Togbe Afede XIV.

“In the last 2 years, it has been really really tough and I think this is the time that everybody who is a Phobian and anybody who believes they support Hearts should dough out their hats to the Board Chairman because, for the past 2 years, he has basically single-handedly carried the club”, the club’s managing director said.

Mr. Moore continued, “Anytime we get up as Phobians and we pray to God and we thank God, we should also thank God for his life, it has been great that we have got him and he's not on the other side. I will never stop saying that”.

Hearts of Oak is hoping to end their decade drought in the Ghana Premier League this season but has had a slow start to the campaign. After playing 14 matches, the team sits 9th on the league table with 5 wins, 6 draws, and 3 defeats.

They will hope to enjoy a better campaign when the league resumes.