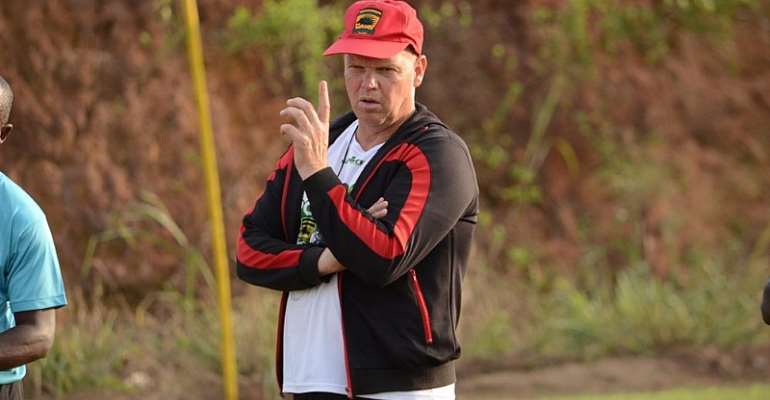 Asante Kotoko have paid their indebtedness to former coach Kjetil Zachariasen after a ruling by the Player and Coaches Status Committee of the Ghana Football Association (GFA).

The coach's agent, Charles Kouadio has confirmed they have received a cheque from Kumasi Asante Kotoko for the payment of the monies owed their former employee.

The club were ordered by the Player and Coaches Status Committee to pay their former coach Kjetil Zachariasen an amount of $12,425 and GH¢660 in monies owed their former trainer.

It involves his signing on fees owed him by the club, an outstanding winning bonus of $1,5000, telephone bills, miscellaneous payment and GH 660 cedis owed him as money used in replacing the battery of his official vehicle.

Zachariasen dragged Asante Kotoko before the Player and Coaches Status Committee after he was sacked by the management of the club after poor results in the African Inter club competitions last year.

The Norwegian was seeking compensation for his unfair dismissal by the club but that was brushed away by the committee instead instructing the club to pay him monies due him such as signing on fees and other costs he incurred while coach of the club.

Kotoko had 14 days to settle their indebtedness to the Norwegian trainer from the day of the ruling which was on the 28th February 2020.