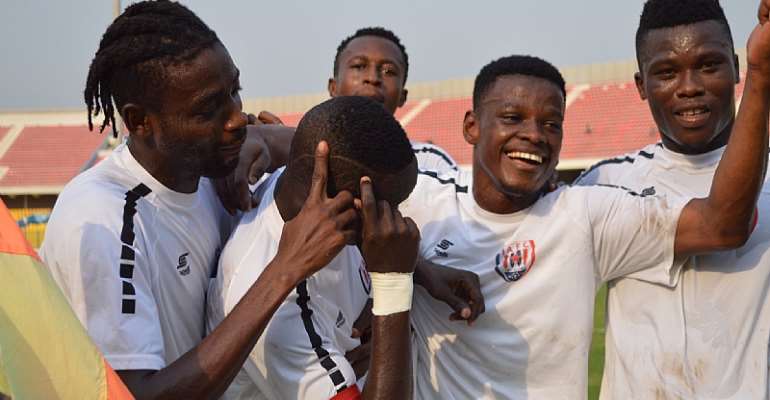 Inter Allies Football Club (FC) has earned a 3-2 win against Liberty Professionals at Dansoman in the Ghana Premier League on the back of a hard-fought performance today.

The Capelli Boys locked horns with the Scientific Soccer Lads at the Karl Reindorf Park this afternoon to fight for 3 points on Match Week 14 of the ongoing 2019/2020 season.

After a good start to the match, Inter Allies took a deserved lead on the 23rd minute through a headed effort from forward Samuel Armah.

A couple of minutes later, exciting Niger import Victorien Adje Adebayor latched onto a well-weighted through pass to register his name on the scoresheet while handing the away team a two-goal cushion.

In the last five minutes of the first half, George William Ansong scored to halve the deficit for Liberty Professionals before he added a second on the 62nd minute to restore parity for his club.

From there on, a pulsating encounter ensued between the two clubs as their respective attackers chased a third goal to try and seal the win.

On the 90th minute, Inter Allies got that all-important goal courtesy a strike from Zakaria Mohammed.

The win for the Capelli Boys has seen them climb to the 10th position on the Ghana Premier League standings while Liberty Professionals fall to 14th.