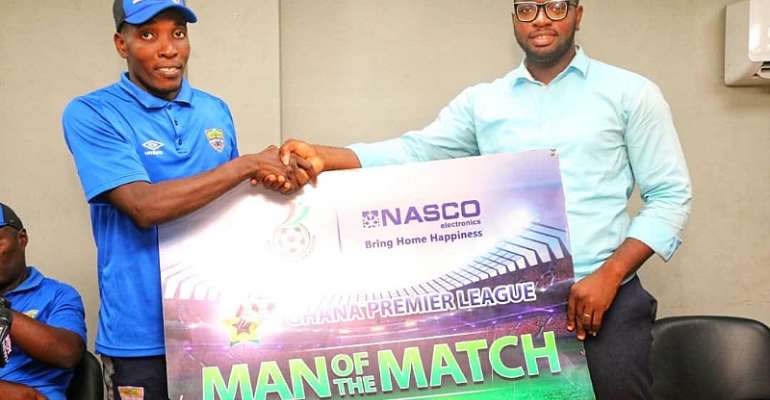 Hearts of Oak midfielder Benjamin Afutu has been named NASCO ‘Man of the Match’ after bagging a brace to help his club defeat Great Olympics in the Ghana Premier League.

The budding midfielder was handing another starting role by interim head coach of the Phobians Edward Nii Odoom to help the team take on the Dade Boys at the Accra Sports Stadium.

At the end of what was a Match Week 14 fixture of the ongoing campaign in the domestic top-flight, Benjamin Afutu found the back of the net twice to complement goals from Joseph Esso and Daniel Afriyie Barnieh to hand Hearts of Oak the big win over their capital rivals.

After assessing the performance of players at the end of the match, the two-goal hero has been adjudged as the NASCO ‘Man of the Match.

For his award, he is taking home a brand new mobile phone plus a men’s grooming machine from the appliance masters.