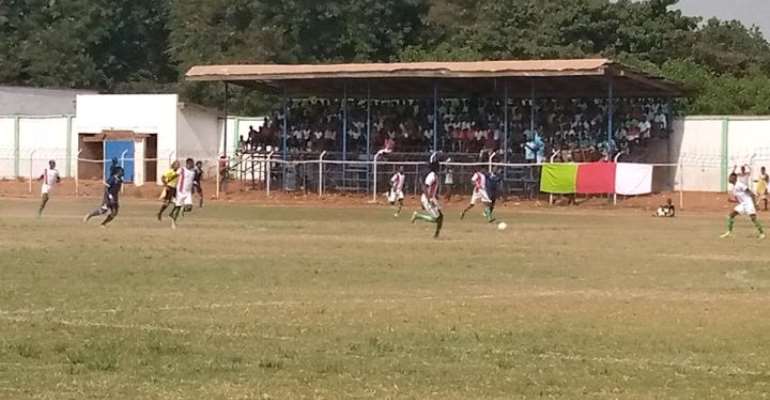 Eleven Wonders have recorded an important 1-0 win against Berekum Chelsea in the Ghana Premier League today to ensure they climb further away from the relegating zone.

The Techiman-based club had an inconsistent start to the season but has gradually grown stronger. They locked horns with title contenders Berekum Chelsea today to fight for all 3 available points on Match Week 13.

Following an evenly-matched encounter in the first half, the two teams had to settle for a goalless draw at the end of the first half.

After resuming from recess, both teams improved their attacking play to look for the goal that would propel them to a win at the end of the regulation time. A little after the hour mark, Eleven Wonders who was playing as the home team had a breakthrough when Musa Sule found the back of the net.

Berekum Chelsea took control of the match from there on and managed to create numerous opportunities. At the end of the 90 minutes, however, the Blues failed to hit the back of the net as they were condemned to a 1-0 defeat.

Despite the loss, Berekum Chelsea remains in the top four of the Ghana Premier League standings. Wonders, on the other hand, have climbed to 10th on the table and 7 points clear from the relegation zone.