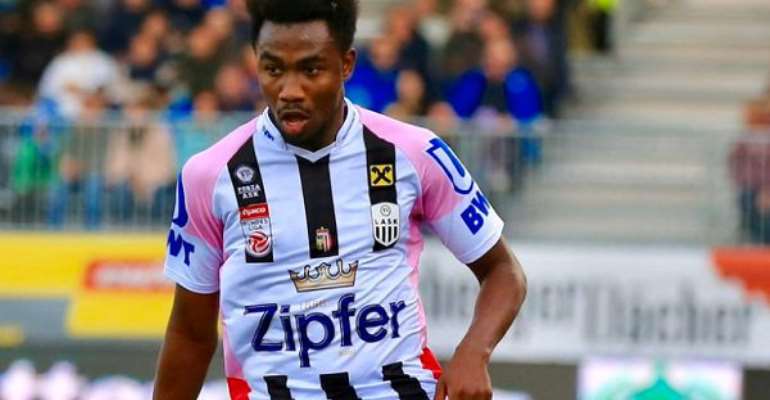 Striker Samuel Tetteh has won SkySports award for his goal-scoring heroics in the Austrian League.

The LASK LINZ forward won the 21st round goal in the tipico Bundesliga for his superb strike last weekend.

The LASK Linz wing-wizard was on target as his side ran out 5-1 victors against Hartberg.

He scored on the 80th minutes.
Tetteh displayed superb ball control, coupled with some impudence to dummy the Hartberg goalie to the turf and maintain his poise to flick the ball into the goal while being policed by two defenders.

The 23-year-old prevailed with 45 per cent of the votes, ahead of Fountas with 28 per cent.

The former WAFA forward has been in great form for LASK LINZ domestically and in Europe.

He will be hoping to continue his goal-scoring heroics against Manchester United in the Europa League.

The 23-year-old has made 29 appearances, amassing five goals and six assists for LASK this season.

He is on a season-long loan from Red Bull Salzburg.

You're A Covenant Keeping Leader — Ahafo Chiefs To Akufo-Add...
7 minutes ago