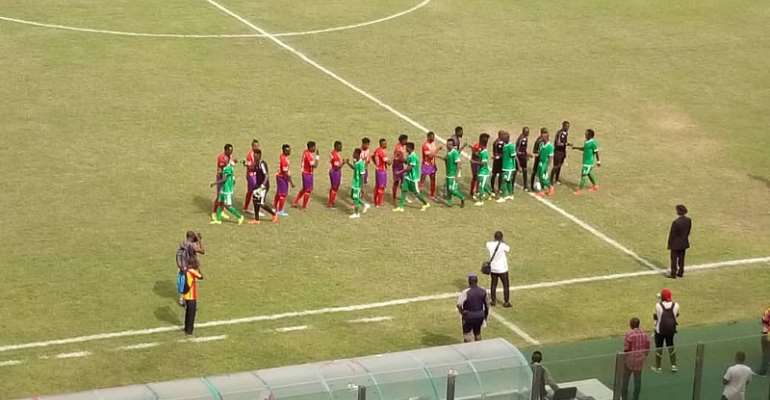 Ghana Premier League giants Accra Hearts of Oak has been held at the Accra Sports Stadium to a 1-1 draw by Elmina Sharks on Match Week 12 of the ongoing 2019/2020 campaign.

The two teams started the match on a good note as they played an evenly matched encounter for the first 15 minutes. While the Phobians enjoyed the better of possession, their failure to get on the scoresheet came back to haunt them on the 25th minute.

Elmina Sharks who had grown in confidence went on successive attacks before being awarded a first corner kick. The visitors took full advantage and broke the deadlock through a half volley from Dennis Mensah from the resulting kick.

Now in shock and feeling the pressure of the fans, Hearts of Oak showed urgency and upped their game in a bid to try and restore parity before at least going into the break.

The team’s numerous attacking plays paid off on the 39th minute when attacker Kofi Kordzi headed home an inviting corner kick which fell onto his head unmarked in the Sharks penalty area.

Despite enjoying the better of passion and creating several chances, Hearts of Oak could not find the winning goal as Elmina Sharks stayed compact to ensure the match ended in a stalemate at the end of the 90 minutes.