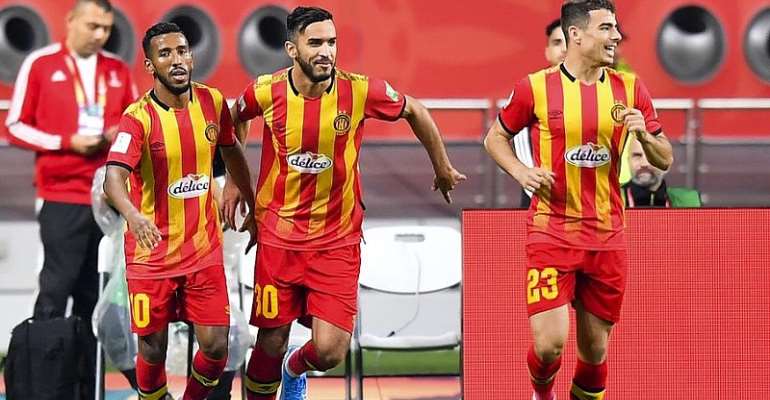 Esperance will be wary of Zamalek sharpshooter Achraf Bencharki when the Tunisian and Egyptian clubs clash on Friday in a Caf Champions League quarterfinal first leg in Cairo.

The 25-year-old Moroccan scored twice this month in Qatar to trigger a surprise 3-1 win for Zamalek over Esperance in the annual Caf Super Cup match.

Al Ahly host Mamelodi Sundowns of South Africa desperate for revenge after a 5-1 aggregate thrashing when the clubs met at the same stage last year.

The five-goal first-leg hiding in Pretoria was the heaviest single-match loss sustained by the record eight-time African champions since a 6-0 defeat in the 1942 Egyptian Cup final.

"I would rather have avoided Ahly," admitted Sundowns coach Pitso Mosimane. "They will be desperate to prove a point against us."

Serb Zoran Manojlovic was sacked in January and Frenchman Sebastien Desabre, who has been linked with the vacant Ivory Coast national team position, quit this week.

Garrido knows all about Etoile having recently coached the only club to win all five past and present Caf competitions before being fired, with Kais Zouaghi succeeding him.

Defending champions Esperance of Tunisia have a poor record against Zamalek of Egypt ahead of their first leg.

In seven clashes in various Caf competitions, the Tunis club have won only one, drawn three and lost three.

The most recent defeat came this month in the Super Cup in Doha with Bencharki bagging his brace after Abdelraouf Benguit had levelled for Esperance from a penalty.

While the primary function of Raja Casablanca defender Badr Banoun is to prevent goals, he is the joint leading scorer for the Moroccan club with four in the Champions League this season.

He also captains the three-time African champions and vice-captain Mohsine Moutouali is the other player to score four times.

Raja host TP Mazembe from the Democratic Republic of Congo, who were eliminated by Esperance in the semifinals last season.

All the quarterfinalists have won the Champions League, the premier Confederation of African Football club competition with a $2.5 million (2.3 mn euro) first prize.

The eight titles of Ahly include back-to-back triumphs in 2005-2006 and 2012-2013, while Mazembe and Zamalek have been champions five times each.

Esperance have four titles, Raja three, Wydad two and Etoile and Sundowns one each in a competition first staged in 1964 and won for the only time by Oryx Douala of Cameroon.