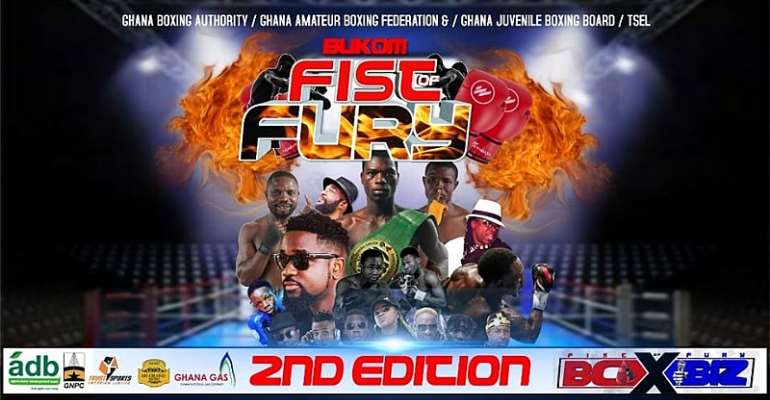 After the exhibitions, the main card began in earnest with the main amateur bouts which saw boxers from the Bronx Boxing Gym/Accra, Black Panthers/Bukom Gym, W.M, PPBA, Fit Square and Seconds Out Gyms competing.

The professional bouts happened shortly after with Manyo Plange defeating his opponent from Nigeria to grab the PBC commonwealth super flyweight title after securing a 4th round TKO. Also, the main event saw the man of the moment, Wasiru Mohammed, aka, Gyatabi dispatch his opponent with a vicious 4th round knockout. Unfortunately, Gyatabi’s opponent,

John Amuzu was rushed to the Korle Bu teaching hospital after passing out after his fight. Aside from this mishap, the event was well attended and the fans really appreciated the night’s action.

Panthers/Bukom Elvis Kweku Ahoga of WM won via retirement of his opponent, Seidu Fatai of PPBA, due to a shoulder injury. Abdul Aziz Seidu of PPBA won his bout against David Tagoe of WM.

Somtey Teve of WM gets a walkover. Ebenezer Tene of Seconds Out Gym won via the disqualification of his opponent, Ahmed Abdulai of Fit Square gym due to the use of a coloured mouthpiece instead of the approved transparent mouthpiece.