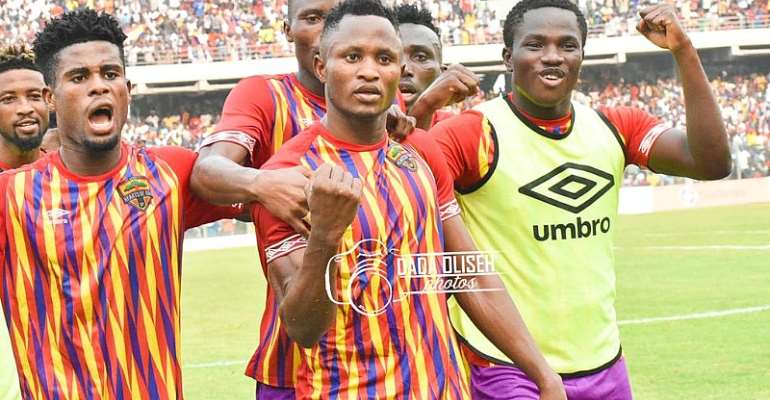 Accra Hearts of Oak danger man Joseph Esso has recovered from the head injury he suffered during their clash with Asante Kotoko last weekend in the Ghana Premier League.

The forward was in action for the Phobians on Sunday at the Accra Sports Stadium when they hosted the Porcupine Warriors on Match Week 7 of the ongoing 2019/2020 season.

In the second half, Esso collided with a Kotoko defender and suffered a cut on his head. He was forced off with his head bandaged in a match that ended 2-1 in favour of the Reds.

Ahead of Hearts of Oak’s trip to Dawu this weekend to face Dreams FC, the club has through a Tweet announced that the star man has recovered from the injury.

“Joseph Esso is expected at training this afternoon ahead of our GPL game with Dreams FC on Sunday. The forward sustained a cut on his head in the game with Kotoko last Sunday, but, he has been cleared by the club's medics to resume training”, the statement said.