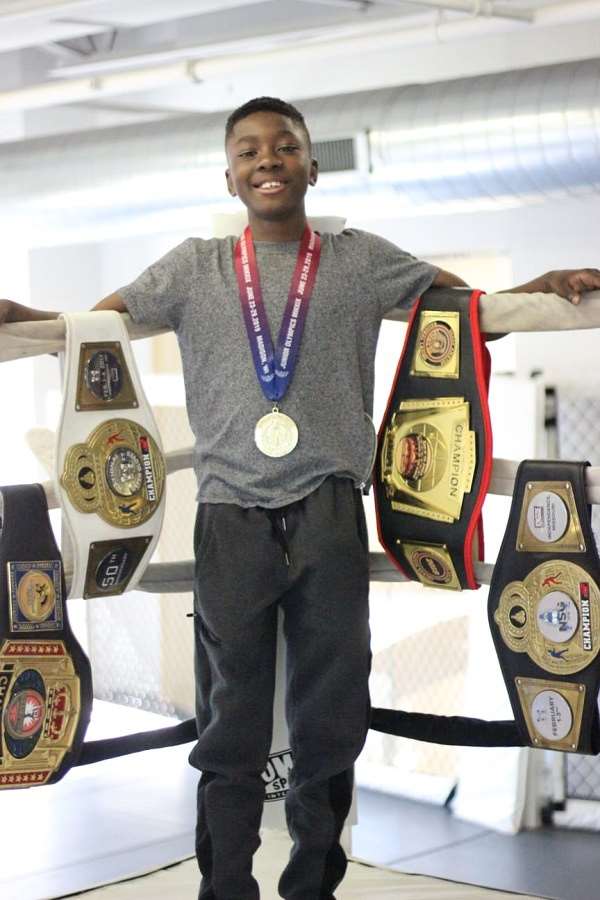 Ghanaian decent and USA based boxing sensation, Joseph Awinongya's second career documentary shoot - Fight in America - The Movement 2020 in the United States of America in March has been outdoored at Alhaji Inusah’s office in Accra.

Host Alhaji Inusah commended the dad of the boxing sensation, Joseph Awinongya Snr. for supporting his son and helping him to discover his talent at a tender age in a conducive environment.

He said the best boxers love training, which is the best medicine in sports, that is why champions like Azumah Nelson was able to defend his title for many years.

Azumah Nelson agreed and advised the rising boxing star to stay in America and practice there, and can occasionally visit his roots in Ghana because conditions are not the best in Ghana.

He urged all Ghanaians to support Joseph Awinongya Jnr even if he wears the USA colours to make him one of the world’s greatest boxers.

Joseph “Jojo” Awinongya is a teenage boxing star at age 12 and has travelled around the United States competing in many tournaments. Jojo picked up boxing at the age of 5 and has been watching his dad Joseph Awinongya Sr. box since he was 2 years.

Jojo received his National Championship belt at the most recent Junior Olympics and has since begun serious training.

Jojo has been ably supported by his father and mother since his ring journey with Hawk Chevrolet of Joliet –an active company supporting him as well.

Jojo’s plans have been well-tailored for this year with his major checklist on the USA Nationals which will be taking place later this year.

The dream of the teenage pugilist is to win the Olympics and subsequently become a professional that everybody knows about.

The documentary, which will be premiered in the United States in March this year, will be covered by selected journalists including Ghanaians.