GHPL: Hearts of Oak Aiming For A Win Against Asante Kotoko 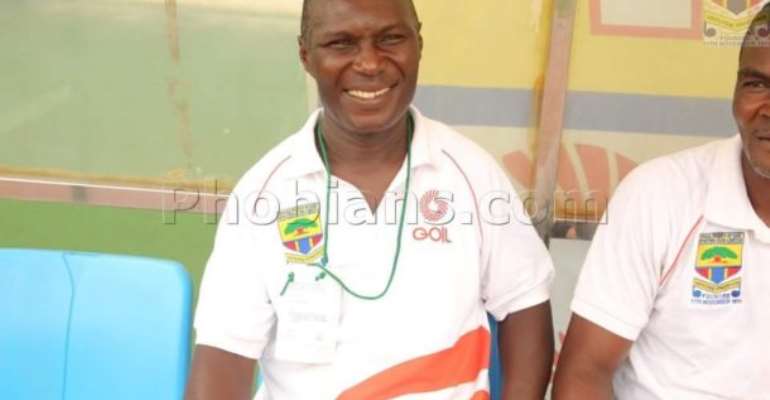 Edward Nii Odoom, interim head coach of Hearts of Oak says his side are only aiming for a victory on Sunday.

The Phobians will host Asante Kotoko at the Accra Sports Stadium at 15:00GMT.

The match is the biggest match in Ghana football.
Hearts are heading into the match in some good form as they are unbeaten in their last three league matches.

However, Asante Kotoko returned to winning ways after losing to Medeama and Berekum Chelsea.

Ahead of the game, Odoom says his side are only eyeing for the three points.

“This is a league match and there are three points at stake. Those are important points we want to pick up on Sunday and we want nothing else.”

He also heaped praises on his supporters of the team who kept faith even after losing their first two league matches of the season.

“With the support of the fans, the players have been motivated to play very well. In Dansoman (against Liberty) and in Sogakope (against WAFA), the fans were marvellous and that helped the players.”

Hearts will be seeking revenge for their two most recent losses to Kotoko.