GHPL: Legon Cities FC Coach Reveals Why They Are Struggling 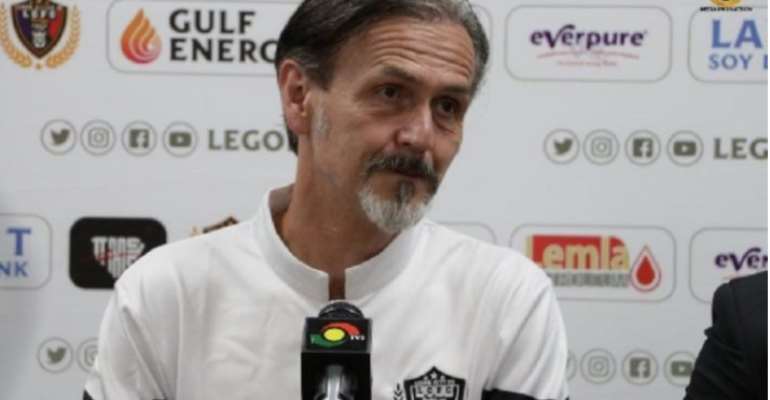 Coach Goran Barjaktarevic says his outfit Legon Cities FC are struggling due to the difficulty in their fixture list.

The Royals have recorded two losses and three draws from their clashes in the ongoing Ghana Premier League.

Speaking after his side’s 2-0 matchday five defeat to Aduana Stars in Dormaa, Goran lamented the difficult opening fixtures as the reason for their underwhelming start.

“As I said we had very tough opponents until now and that’s why we have made it this way.

"Three of the teams are recent league winners and Dreams are stronger at home,” the expatriate manager indicated.

Legon Cities FC will host Bechem United next in pursuit of their first win of the 2019/20 Ghana Premier League.