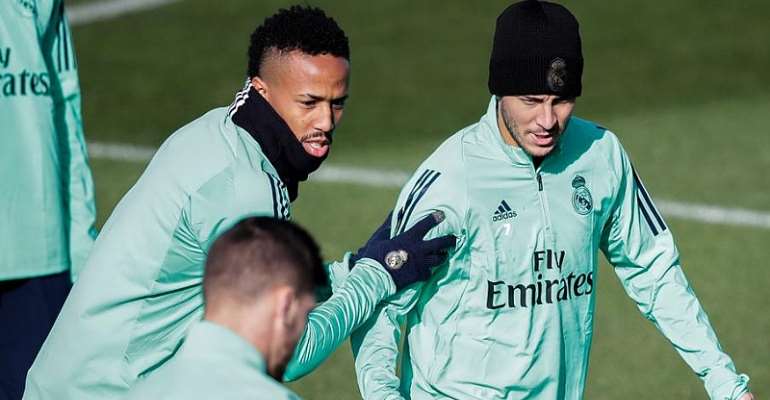 Real Madrid forward Eden Hazard has admitted to letting himself go while on holiday and piling on the pounds after signing for the Spanish giants in the close season last year.

The Belgium international, who after years of flirtation finally signed for Real from Chelsea for a joint-club record €100 million in June, raised eyebrows when he reported for pre-season training packing some extra weight.

"I put on five kilos in the summer. I'm one of those people who puts on weight very quickly then loses it very quickly.

Perhaps set back by his extra weight, Hazard, 28, made a slow start to his Real career and did not score his first goal until a 4-2 win over Granada in October.

He began to hit form soon after but he has been out of action since injuring his ankle in a 2-2 draw with Paris St Germain in the Champions League on November 26.