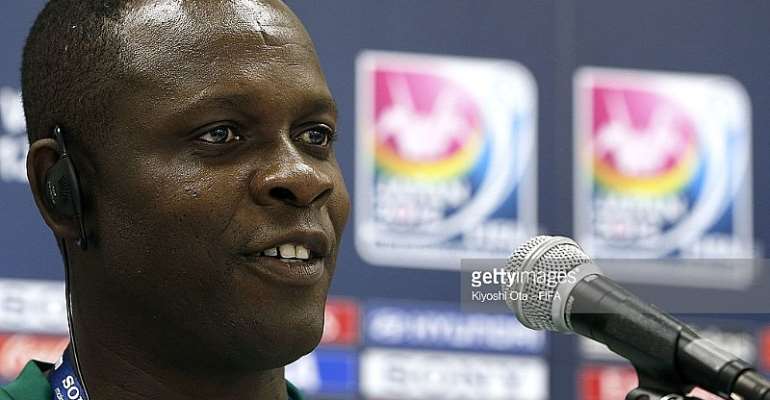 A former Black Princesses coach, Robert Sackey has expressed his readiness to coach the Black Stars.

Following the take over as the president of the Ghana Football Association president, Kurt Okraku and the Executive Council have dissolved the technical teams of the various national teams.

Kwesi Appiah’s reign as the Black Stars coach came to an end on December 31 last year.

However, the former Great Olympics board member becomes the first local coach to declare his interest in coaching the senior national team.

According to him, he will demand $25,000 as monthly salary adding that coaches and players must be paid if the country want to win something meaningful.

“I am capable of coaching the Black Stars. I did a good job with the Black Princesses even though I was accused of doing nothing,” he told Asempa FM.

“Players need a coach that they can relate to. I have coached top players in America and I know these Black Stars players can relate to me and get the results.

“I am not desperate for the Black Stars coaching job but when the need comes, I will apply for it.

“I will charge the FA $25,000 a month but it must come on time. Players and coaches must be paid well if not then we can't win anything better.