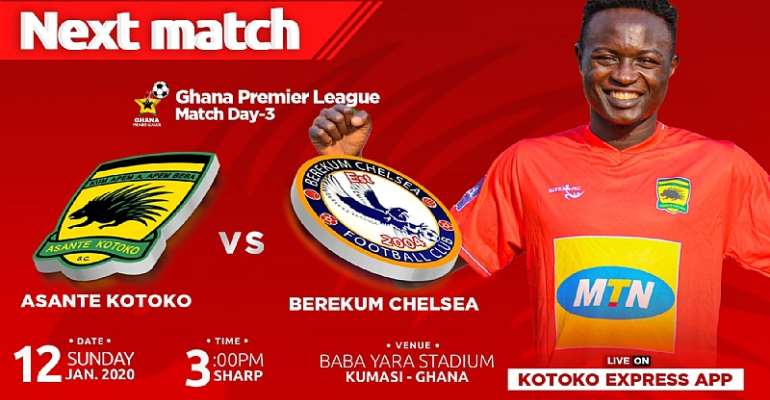 Kumasi Asante Kotoko has announced the ticket prices for their clash against Berekum Chelsea on Match Week 3 of the 2019/2020 Ghana Premier League season.

The Ghanaian giant has enjoyed a good start to the campaign after recording two wins out of two matches. They beat Bechem United on Match Week 1 before posting an impressive 3-1 win over Legon Cities FC last weekend.

The Porcupine Warriors are now set to come up against Berekum Chelsea this weekend as they hope to record another win to maintain their 100% record.

Ahead of the encounter, Asante Kotoko has announced that tickets will be sold at GH¢10 for the Popular stand, GH¢15 for the Center line, and GH¢30 for the VIP section.

The match between Kotoko and Berekum Chelsea will be played on Sunday, January 12, 2020, at the Baba Yara Sports Stadium. Kick off has been scheduled for 15:00GMT.