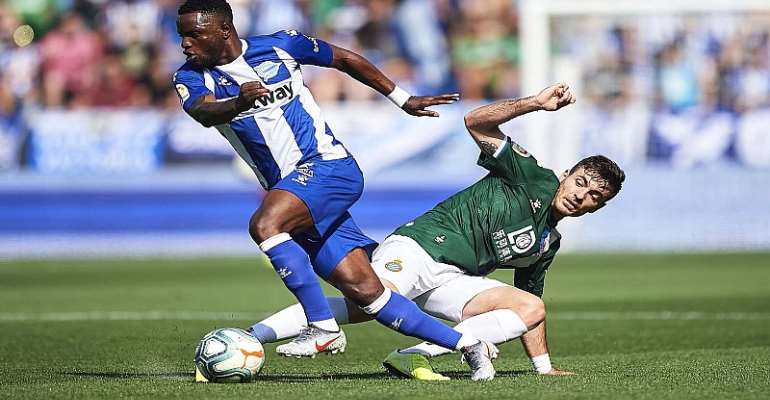 Mubarak Wakaso was in action at the Mendizorroza as Deportivo Alaves played out a 1-1 draw with Real Betis in Sunday's La Liga action.

The Ghana international received his 12th yellow card in his 16th league appearance of the season for a foul 20 minutes later, extending his streak as the most booked player in the Spanish top-flight.

Betis responded 10 minutes after the restart via Emerson, before Zouhair Feddal got a red card for a professional foul in the 78th minute.

The 26-year-old was replaced by Oliver Burke and made 30 touches, 13 accurate passes (72%), two successful dribbles from two attempts, one interception, three tackles and also won two of three aerial duels, before going off.

Alaves lurk in 15th place on the standings and travel next to Levante in a fortnight.