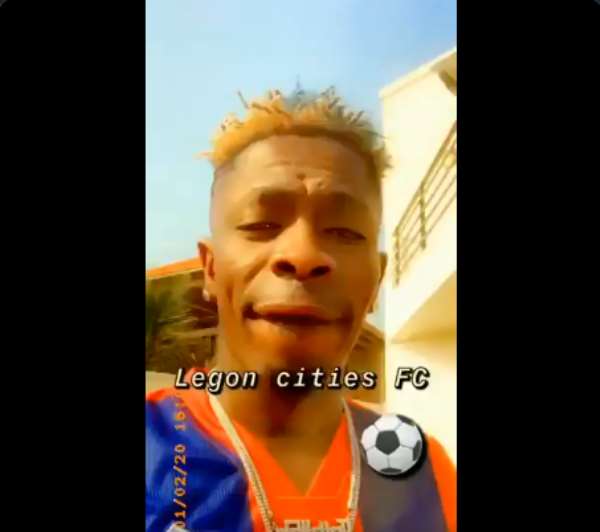 The popular entertainer has been billed to perform to thrill fans at the Accra Sports Stadium tomorrow night when the Royal club hosts the Porcupine Warriors in a Match Week 2 fixture of the 2019/2020 Ghana Premier League season.

Excited as he looks forward to performing at the stadium, Shatta Wale has in his own way been promoting Legon Cities FC on social media while calling on his followers to come in their numbers.

In a recent video posted by Legon Cities FC on Twitter today, the ‘Melissa’ hitmaker says he is ready for tomorrow’s game. According to him, he has decided to adopt the Royal club as the team he will support on the local scene.