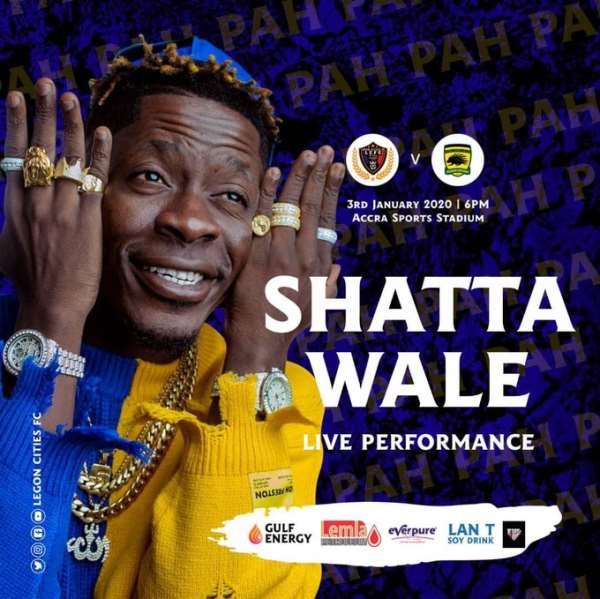 Popular Ghanaian dancehall artiste, Charles Nii Armah Mensah, known in showbiz as Shatta Wala has called on fans to find their way to the Accra Sports Stadium on Friday, January 3, 2020, to cheer on Legon Cities FC to beat Asante Kotoko.

The artiste who has one of the largest fan bases in the country has reached an agreement with the Royal club that will see him performing at the Stadium on the Match Week 2 of the Ghana Premier League to thrill fans during the game.

In a post on his Twitter page, the ‘My Level’ hitmaker has called on his followers to meet him at the Accra Sports Stadium to cheer on Legon Cities FC to win over their opponent.

“Let’s all meet at the Accra Sports stadium this Friday to cheer on Legon Cities FC to a win”, Shatta Wale wrote.

The big match between Legon Cities FC and Asante Kotoko will kick off tomorrow at 18:00GMT.