In England, You Can Be Drunk At Training And The Coach Doesn't Care! - Nani 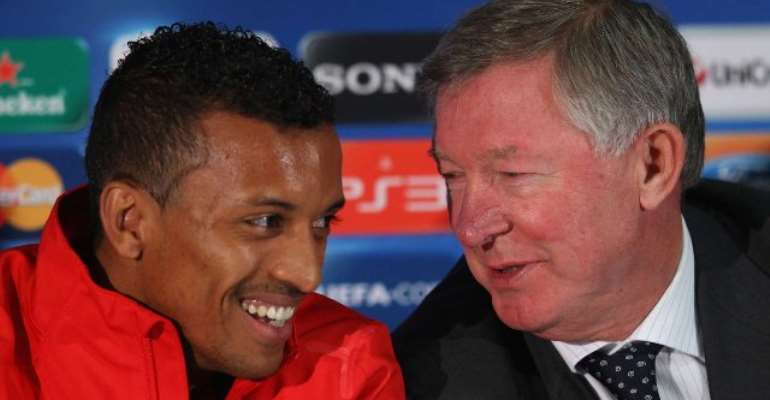 Nani, who now plays in Florida for Major League Soccer outfit Orlando City, spent seven years on the books at Old Trafford, racking up 25 Premier League goals whilst turning out alongside club greats such as Cristiano Ronaldo and Wayne Rooney.

The Portugal international played under Ferguson until his retirement from management in 2013, with the Scot having gained a reputation as a no-nonsense disciplinarian throughout that time.

Nani, however, claims that the 78-year-old was not always so strict and knew when to give his players a break if he felt the time was right to let off some steam.

"I never got in trouble," the 33-year-old said of his time under Sir Alex in an interview with Tribuna Expresso. "Nights out at the right time, if I had the next day off, for example, then I could have some fun. Or on special days like Christmas or New Year - no one in England cares about that.

"On New Year, we could even go to training drunk and the coach didn't care about it. That's the side of [Sir Alex] that knew how to deal with the players and have the perception to say 'this day is special, I can't make demands'.

"We had been playing non-stop all year long. If one day Wes Brown gets drunk, what are we going to do? It was a joy, a moment of relaxation, a different kind of training - clowning around.

"I won't lie, I liked nights out. But now I avoid them because to be able to play at the highest level you have to drop the nights out and know the right time to enjoy yourself. That is basically what I do."

Next up for Manchester United is an FA Cup third-round clash with Wolves as the Red Devils look to recover following a 2-0 Premier League defeat at the hands of Arsenal.

Nani's Orlando City side, meanwhile, do not return to action until February 29 when they host Real Salt Lake in their first match of the MLS season.