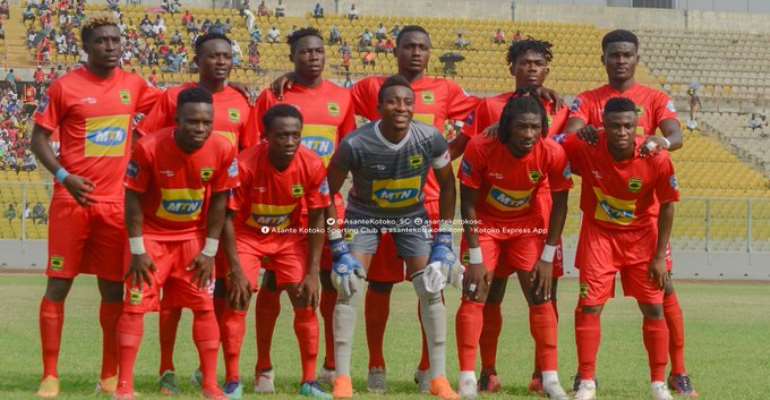 Head coach of Asante Kotoko, Maxwell Konadu has named a 20-man squad for their game of the season against Legon Cities FC on Friday.

The Porcupine Warriors arrived in the capital with twenty players on Wednesday night with two goalkeepers, seven defenders, eight midfielders and three attackers.

Youngster Matthew Anim Cudjoe was left out from the squad that made the trip to Accra.

Martin Antwi has returned to the squad for their clash with Legon Cities FC after missing their league opener against Techiman Eleven Wonders.