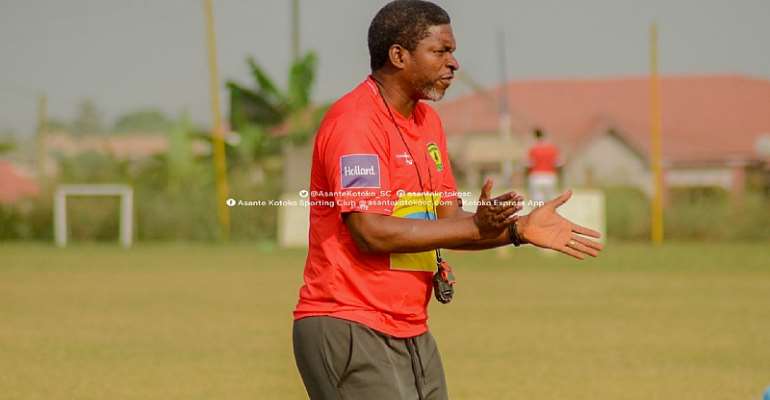 Head coach for Kumasi Asante Kotoko, Maxwell Konadu has noted that danger man Sogne Yacouba needs to continued working hard to help get back to his insane form.

The Burkinabe import was deadly in front of goal under former manager Paa Kwesi Fabian but managerial changes in the past year and injury setbacks have seen him lose form disappointingly.

Now in the hands of Coach Maxwell Konadu, Yacouba will surely be a key asset for the Reds as they target clinching the 2019/2020 Ghana Premier League title at the end of the season.

Following the club’s opening match of the season against Techiman Eleven Wonders on Sunday afternoon, the gaffer insists there is work to be done on Sogne Yacouba to get help him rediscover his form.

The experienced gaffer shared. “Yacouba is coming from an injury. He's doing his best. We're trying to fix his physical and mental situation. We've heard a lot of issues around”.

“He's pushing in training but I think he still needs to do more. Every striker must score which he nearly scored, unfortunately, he was in an offside position. Let's give him the benefit of the doubt and see what happens moving forward”, Maxwell Konadu added as quoted by kickgh.com.

At the end of a tough encounter at the Baba Yara Sports Stadium, Kotoko beat Eleven Wonders by a goal to nil courtesy a header from midfielder Justice Blay.