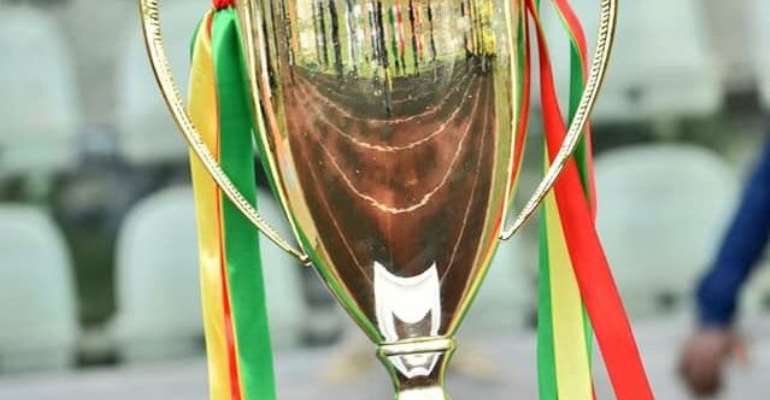 At the end of 90 minutes of intense football action today, Kumasi Asante Kotoko has defeated Accra Hearts of Oak 2-1 at the Baba Yara Sports Stadium to emerge as Champions of the 2019 President Cup.

The Porcupine Warriors started the first half very well and made their intentions known right from the blast of the whistle. They went on a number of attacking runs even though the Phobians showed glimpses of their quality whenever they were in possession.

After failing to capitalize on the few chances they created, Kotoko found themselves in trouble on the 34th minute after Empem Dacosta was adjudged to have handled the ball in the penalty area while trying to send in a tackle on Kofi Kordzi.

Kordzi stepped up to take the resulting spot-kick and sent his effort beyond the reach of goalkeeper Kwame Baah to give Hearts of Oak the lead.

The home team tried to pull level right away but were thwarted in their runs whenever they attacked the defensive setup of the visitors.

Later in injury time of the first half, Kotoko drew level as a cross from the left side causes confusion in the Hearts of Oak penalty area. It was eventually turned into the net of Richard Attah by center-back Mohammed Alhassan.

At recess, both managers made some changes in personnel to twitch the balance of the game in their favour.

Maxwell Konadu’s change produced results when Naby Keita who replaced Collins Ameyaw found the back of the net on the 65th minute after connecting to a cross from full-back Patrick Yeboah.

Despite several attempts by both teams to get on the scoresheet again, there were no more goals as Kotoko eventually run away as 2-1 winners.

They have lifted the 2019 President Cup just a week away from the start of the 2019/2020 Ghana Premier League season.