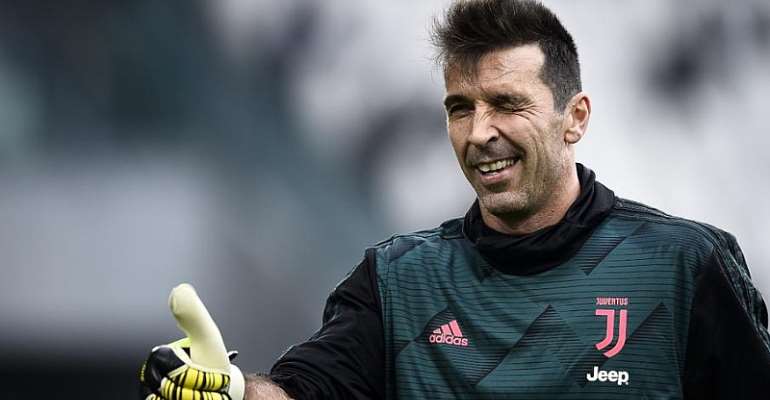 Gianluigi Buffon drew level with Paolo Maldini in the all-time Serie A appearances chart on Wednesday after starting at Sampdoria and arriving at 647 games in the Italian top flight.

Veteran Buffon, 41, started in place of the injured Wojciech Szczesny as Juve aim to move top of Serie A with a win in Genoa.

He also became Juve's all-time record appearance maker on 479 matches, one ahead of Alessandro Del Piero.

Buffon began his professional career as a teenager in 1995 at Parma, where he won the Uefa cup and Coppa Italia in 1999 before moving to Juve two years later.

In Turin, he won nine Serie A titles and the Coppa Italia four times but failed to conquer Europe despite reaching two Champions League finals under Massimiliano Allegri.

He left for Paris Saint-Germain in 2018, winning the Ligue 1 title, but had a disappointing time in France and returned to Juve after a season away.

The former Italy captain also holds the appearance record for his national team, with 176 caps between 1997-2018, winning the 2006 World Cup.