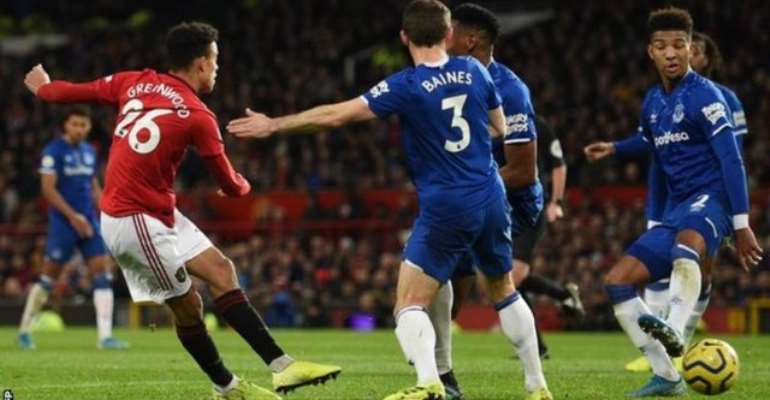 Everton looked set for back-to-back league victories for the first time since April when Victor Lindelof turned Leighton Baines' first-half corner into his own goal after VAR ruled David de Gea had not been impeded by Dominic Calvert-Lewin as they jumped at the near post.

It took 18-year-old Greenwood to come off the bench and rescue a point for United with a fine shot from the edge of the area to follow up his two goals in the Europa League against AZ Alkmaar on Thursday.

Everton's fans were delighted at the end though, singing Ferguson's name in tribute to the Scot's impact since replacing sacked Marco Silva.

Despite the cold and rain, Ferguson spent most of the game in nothing more than a shirt and tie, and long after the final whistle went over to acknowledge the visiting fans.

The result means United have collected 25 points from their first 17 games, one fewer than they had at the same point last season when Jose Mourinho was sacked.