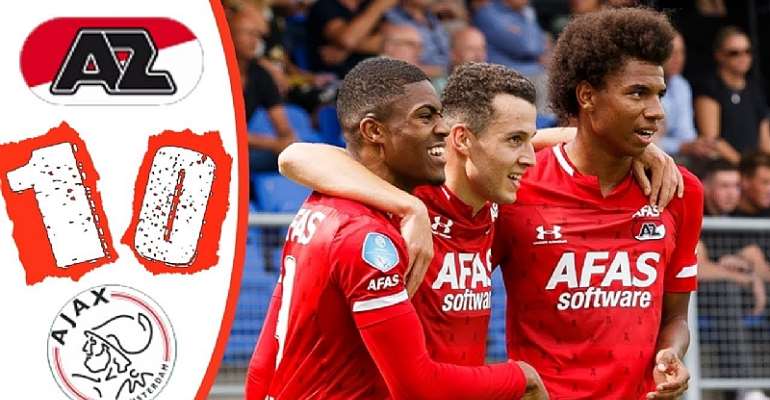 The two top-flight clubs have been the best in the division in this campaign and went head to head in a match week 17 fixture at the AFAS Stadion for the first time in the season.

The cracking fixture lived up to the hype that preceded kick-off as it treated fans to some entertaining play in the first half. Despite the number of chances created by both sides, neither could get on the scoresheet before going into the first half break.

A pulsating encounter in the second half ended with AZ Alkmaar who played as the home team stealing all three points in the dying minutes of the game. Ghanaian teenager Myron Boadu connected to a well-struck corner kick from Fredrik Midtsjo to head home the only goal of the match.

The result means that AZ is level on points with Ajax (41 points apiece) at the top of the Dutch Eredivisie standings as the race for the title intensifies.

The hero of the day, Boadu has now found the back of the net 11 times in the league after making 16 appearances. He will be key for his side throughout the season and might go on to score even more.