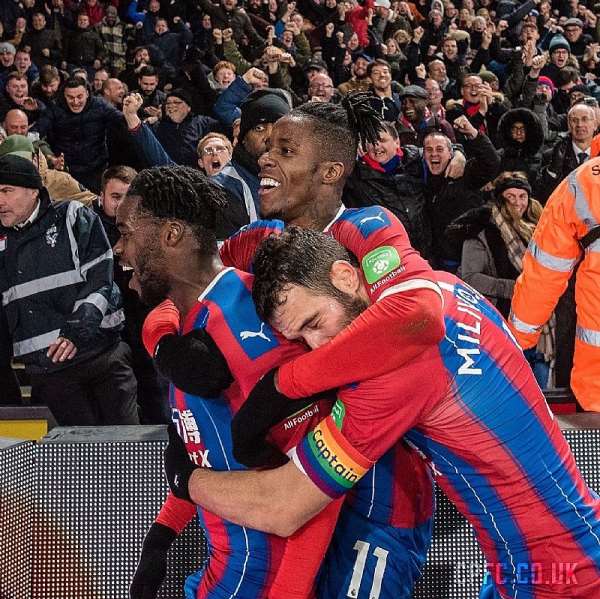 Ghanaian winger Jeffrey Schlupp has shared his delight after netting the only goal that inspired his Crystal Palace side to a 1-0 win against AFC Bournemouth at the Selhurst Park in the English Premier League on Tuesday night.

The Black Stars asset is on run of fine form in the last couple of weeks and continued with another impressive outing when the Eagles welcomed their matchday 15 opponent to their back yard.

Though he started the match on the bench, he was introduced after the hour mark to replace Patrick Van Aanholt after center-back Mamadou Sakho had been sent off.

The tactical change from manager Roy Hodgson paid off on the 76th minute when Schlupp found the back of the net. His goal was eventually what separated the two sides at the end of the 90 minutes, handing the Eagles the maximum 3 points.

In a Twitter post after the match, the Ghanaian has applauded the efforts of his teammates while savoring his second goal in the pace of four days.

“Great team performance and win tonight under the lights at Selhurst Park! Back to back Wins & goals”, Jeffrey Schlupp said.

His compatriot Jordan Ayew was also in action for Crystal Palace and emerged as the ‘Man of the Match for his outstanding performance.