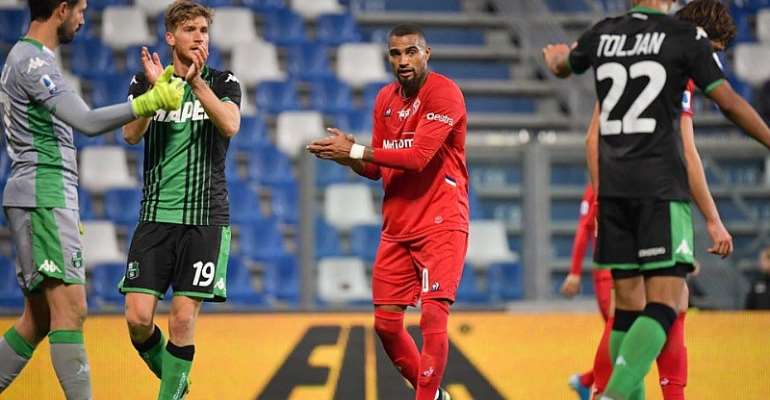 Kevin-Prince Boateng returned to Sassuolo on Wednesday night for the first time after joining Fiorentina in summer.

The 32-year-old starred in La Viola's 2:1 win over his former side at Mapei Stadium.

Boateng was on the books of the Neroverdi last season featuring 19 times and scoring five goals before spending the latter part of the 2018-19 campaign on loan at Barcelona.

Gaetano Castrovilli and Nikola Milenkovic were the goalscorers for Vincenzo Montella's side, responding well from a Jeremie Boga first-half strike.

"Always nice to play in this stadium even if its an opponent. Great team test and let's get back to winning," Boateng tweeted after the victory at Mapei Stadium.