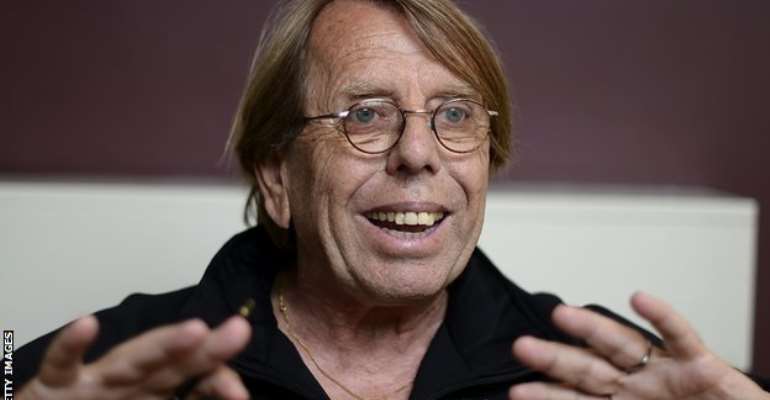 Fifa’s decision to play the 2021 Club World Cup in June and July could ‘kill’ the Africa Cup of Nations (Afcon), veteran coach Claude LeRoy has claimed.

Set to be played in China between 17 June and 4 July with an expanded 24 teams, the Club World Cup’s new timing and format both pose problems for Africa’s showpiece event.

The next Afcon finals are scheduled for June-July 2021 in Cameroon, although there’s a possibility they could be played solely in July.

“When they decided to make a world championship of clubs with 24 teams at the same time as the Africa Cup of Nations, it’s terrible for the projection of this beautiful competition – the Nations Cup.”

Frenchman LeRoy has coached at a record nine Nations Cups, winning the tournament with Cameroon in 1988.

Two years ago, the Confederation of African Football (Caf) chose to move the Nations Cup from its long-standing January-February slot to June-July – primarily to avoid repeated club-versus-country rows.

But now, European clubs who were unhappy about having to release players in the middle of a season may now have to confront similar issues.

If talk of a boycott is averted, eight European clubs will line up for the 2021 Club World Cup as well as three from Africa.

While the final format is to be determined, reports suggest the European teams could feature the winners of both the Champions League and Europa League from 2018 to 2021.

Meanwhile, the three African teams are set to come from both the finalists of the African Champions League as well as the winners of a play-off between the losing semi-finalists.

With these varying sides likely to feature many African internationals, Nations Cup club-versus-country battles are set to return.

Yet they can only reappear every four years rather than two, since the Club World Cup is a quadrennial event as opposed to the Nations Cup’s biennial nature.

“The Club World Cup has an exclusive window in the international match calendar, so a balanced solution will be found and the dates will be compatible,” a Fifa spokesperson told BBC Sport Africa.

“The participation model to determine the clubs that qualify from each confederation will be finalized in a consultation process between Fifa and the six confederations.

“The format will be confirmed in due course.”

A Fifa Task Force report into the newly-revised Club World Cup mentioned moving the 2021 Nations Cup kick-off to July – namely after the former has ended.

But this move would bring its own problems because players involved in the Nations Cup contingent would then miss their clubs’ crucial pre-season preparations, which intensify that month ahead of the start of many European championships in August.

“If you move the Nations Cup to July, it’s worse than before (when played in January-February) for the clubs,” said LeRoy.

“The players will miss the pre-season preparations with their clubs and this part of the season is the most important for the players because of the new season.”

“If we transfer a little bit later in July, not one player will be coming back for the pre-season preparations and they will rest for 1-2 weeks and begin the season later than the whole players.”

Managers often talk of the importance of the pre-season to a campaign.

“Even from a marketing perspective, they have to co-ordinate big tournaments with all associations in order to maximise profit.”

The BBC has contacted Caf, whose income is largely derived from the Nations Cup, for comment on the scheduling of the 2021 Club World Cup but has yet to hear back.

Fifa’s role in the timing has also been questioned by LeRoy.

Fifa president Gianni Infantino was helped into power by African votes and has often spoken of his desire to help the continent.

However, LeRoy criticised the gap ‘between the speeches of Infantino explaining that Fifa is here to help Africa and the reality off the field’.

In August, Fifa sent its own Secretary General – Fatma Samoura of Senegal – to take up an unprecedented ‘General Delegate’ for Africa role in a bid to improve Caf’s governance.

“Since Africa is under the supervision of Fifa, do you think that Africa can have a real impact in decisions of world football?” asked LeRoy, who has led Congo, DR Congo, Ghana, and Senegal as well as Togo to Nations Cups.

The 2019 and 2020 editions will remain as annual seven-club tournaments, largely featuring the world and continental champions as well as clubs from host nation Qatar.