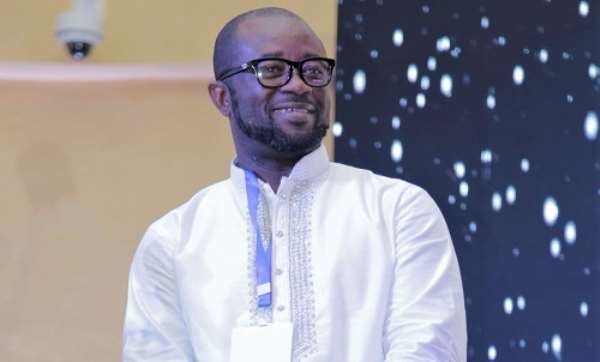 The newly elected President of the Ghana Football Association (GFA), Kurt Edwin Simeon Okraku, has called on the entire football fraternity to come together to support his dream of igniting passion and creating wealth for all the various clubs.

Mr Okraku noted that it was in his interest to ensure that he restored the already dented image of the GFA by working together with his Executive Council members.

Addressing delegates after his triumph in the elections, the Dreams FC owner called on all stakeholders to come together and work towards the future after a successful election.

“This is the perfect opportunity to prove to the world that we can transform our football, especially after all that happened in the past.

“I want to call on everyone to come together and rally behind me in my quest to ignite football and create wealth for all. It is in this regard that I call on you to support me in restoring our beloved sport,” he said.

Mr Okraku had to go for a third round of the election to be confirmed the new successor of Kwesi Nyantakyi despite close contender, George Afriyie conceding, defeat after the second round of voting.

He managed to poll 93 votes in the third round to represent 96 per cent of the total vote cast having gone as the only candidate. The owner of Dreams FC had managed to win the first two rounds of the election with 44 and 59 votes respectively but failed to get the required over 50 per cent votes.

It took a second round of voting for Mr Afriyie to accept defeat and congratulate Mr Okraku after the contest was close to going into the third round.

The first round saw Phar Ranger Chief Executive Officer, Nana Yaw Amponsah, and Fred Pappoe of Accra Great Olympics, secure themselves the nod to compete in the second without Amanda Clinton and George Ankomah Mensah who both failed to register a vote.

George Afriyie, a director of Liberty Professionals, got 40 and 43 votes in the first and second round respectively and noted in his concession speech that he decided to let go after taking the sport into consideration.

Addressing delegates at the Extraordinary Congress yesterday, the former Vice-President of the GFA noted that he had accepted his fate and was ready to congratulate Mr Okraku as the newly elected leader of the association.

“As I always say, I am a unifier and so I want to concede defeat and congratulate Kurt Okraku as the newly elected leader of the association. I believe this decision is in the interest of the sport,” he noted.