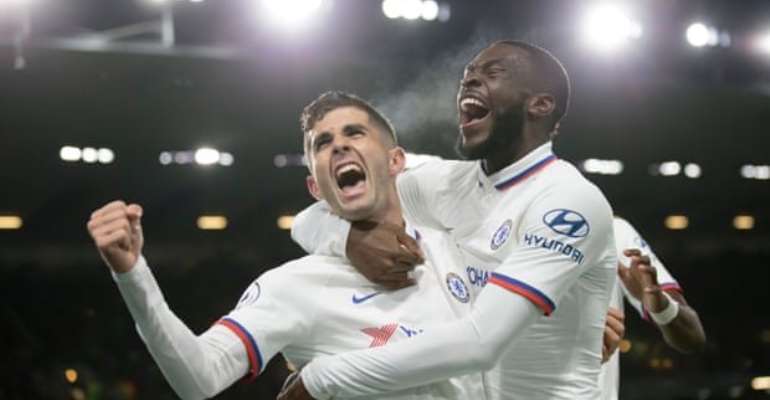 Chelsea's American forward Christian Pulisic scored his first Premier League goals for the club with a hat-trick and Willian added another in an entertaining 4-2 win at Burnley on Saturday.

Pulisic, who made his first league start since Aug. 31, was on target twice in the first half and made it 3-0 with a sublime header after the break before Willian got the fourth, stretching Chelsea's streak to seven successive wins in all competitions.

The win left Chelsea fourth on 20 points from 10 games while Burnley are 11th on 12 points after a tepid performance in their 200th Premier League fixture and 100th at Turf Moor.

The 21-year-old Pulisic, who became the youngest Chelsea player to score a hat-trick, fired the visitors ahead in the 21st minute after shaking off two defenders and doubled their advantage with a deflected shot on the stroke of halftime.

The U.S. international capped a stellar performance in the 56th before the lively Willian fired an arrowed shot into the far corner from 12 metres after neat footwork in the area.

Chelsea then had a penalty rescinded after a VAR check before Burnley scored two late goals, as Jay Rodriguez rifled in a piledriver from 25 metres in the 86th minute and Dwight McNeil drove home a deflected effort three minutes later.

Covid-19: Test All Kayayei Under Government’s Care — Pusiga ...
3 hours ago