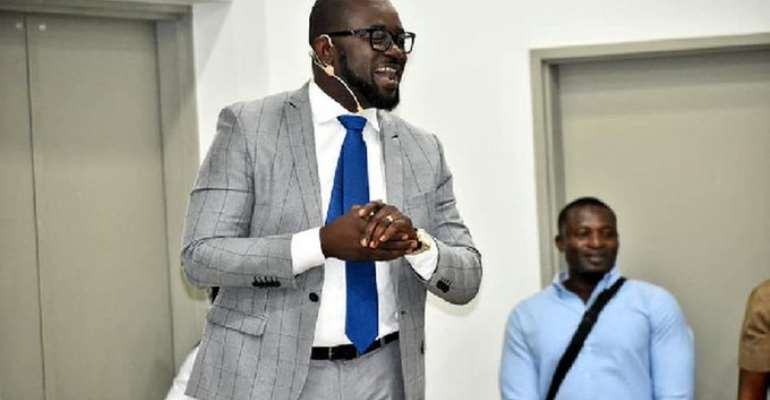 Kurt E. S. Okraku’s victory in the Ghana Football Association (GFA) Presidential election ended the normalisation period of Ghana football with him and the newly elected 11-member Executive Council sworn into office on October 25, 2019, at the College of Physicians and Surgeons, Accra.

It was a two-horse race from the day Wilfred Osei Kwaku (Palmer) was disqualified. George Afriyie and Kurt Okraku were the two frontrunners. The 120 delegates had the power to determine who the new GFA president would be. Kurt polled 44 votes while George Afriyie had 40 votes.

A third round of voting was however necessary. A candidate needed half of the votes plus one to be declared winner. Kurt Okraku had taken an unassailable lead. George Afriyie had a huge mountain to climb to upstage him. George Afriyie would throw in the towel, conceding defeat.

“Football is one big family…I’m a unifier, in the interest of football, I concede defeat,” he said. The cheers and applause that followed his pronouncements were natural. Kurt Okraku was the winner, polling 93 votes in the third round which was basically to satisfy legal demands of the election.

A new era is truly here. Kurt Okraku’s administration has an arduous task of completely changing the face of Ghana football. Friday evening on Joy FM’s Top Story, I started my firm confidence in Kurt Okraku. This is not because I have worked with him before. Dreams FC and his management of the MTN FA Cup vindicate the point about his competence and why I trust him to deliver.

Besides, he campaigned on issues, all the candidates did same, only that, Kurt’s message sunk deeply going by the outcome of the election. The delegates must be commended for their choice. Post #12, I have written substantially on what needs to be done to save Ghana football.

Here, I will dwell only on the broad themes and key among them, is winning back public confidence and instilling discipline in Ghana football, taking integrity matters seriously at all levels to win the trust of the corporate world, managing our leagues and national teams properly, bringing real capital to the game and paying utmost attention to grassroots football.

Elections breed strife. Kurt must, as a result, unify football people to mend any broken relationships. I state without equivocation that, I have faith in Kurt. I will support his administration constructively in the larger interest of Ghana football, for, “It is time for us to work,” said Kurt.

“It is time to build a new product for Ghana football which the corporate world, Ghanaians and the world will be proud of. We have shown to people around the world that, we can do it… It is time for us to ignite passion and create wealth for everybody. In celebrating this success, let us always be remembered that Ghana first,” he ended.