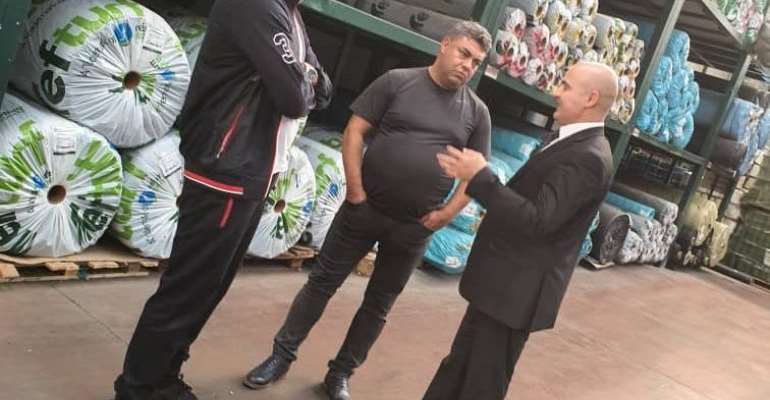 Ghana Football Association presidential hopeful, George Afriyie has held fruitful discussions with globally-respected high-quality Sports Turf manufacturer Reform Sports in Turkey for the construction of pitches in the West African nation when he is elected president.

Afriyie, dubbed the DELIVERER, useful and meaningful discussions with officials of the company which is the only FIFA approved and accredited turf manufacturing company in Turkey and one of the leading brands in the world.

Ghana football is all set to experience real restoration and revival once more through the provision of facilities and fundamentals necessary for the sport to grow as leading candidate George Afriyie has already started making plans for the construction of pitches in the country.

Astro Turf pitch facilities
Through his unbeatable, sturdy and powerful negotiation skills the former Ghana FA Vice President has gotten Reform Sports to pledge a financial arrangement that will offer a facility to the Ghanaian football regulatory body to pay the cost of the manufacturing over a period ten years.

The influential CAF AFCON Committee member and renowned businessman and football investor has been speaking of providing the key fundamental basics required for the sport of football to be restored and revived in the country.

At his manifesto launch earlier this month in Sunyani – the capital of the Brong Region he delivered his promise of One Player One Ball to young footballers playing in the Premier Colts Division of Ghana.

And, is set to follow suit with the construction of ten pitches across the ten football regions of Ghana.

The ‘restorer’ is keen to quickly hit the ground running when he is elected President of the GFA by delivering his promise of One region One Astro Turf facility and is already making arrangement for the project to experience a flying start.