SWAG New Executive To Be Inducted 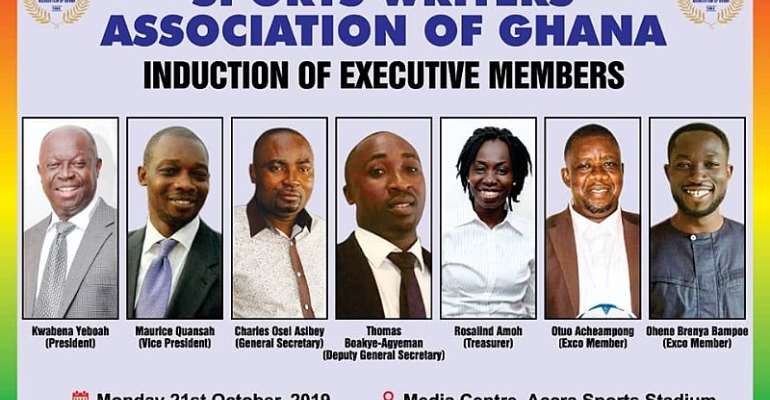 The new executives of the Sports Writers Association of Ghana (SWAG) will be inducted into office on Monday, October 21, 2019, at the Media Center of the Accra Sports Stadium.

The Youth & Sports Minister, Hon Isaac Asiamah and director-general of the National Sports Authority (NSA) professor Peter Twumasi are among the guests invited to grace the function.

The SWAG recently went to the polls and Kwabena Yeboah retained his position as president.

Charles Osei Asibey is the new general secretary with new executives, Sometymer Otuo Acheampong and Ohene Brenya. The new executive will be in office for the next 4 years, 2019 to 2023.

The SWAG was founded in 1968 and it is the umbrella body of sports journalists, sports broadcasters, sports photographers, and other sports media practitioners.

The SWAG has taken it upon itself to honour distinguished and outstanding sportsmen and women over the past 44 years.

‘Tweaa’ there is no power in the bible; it only contains his...
20 minutes ago