Hearts of Oak To Pitch Camp In Cape Coast 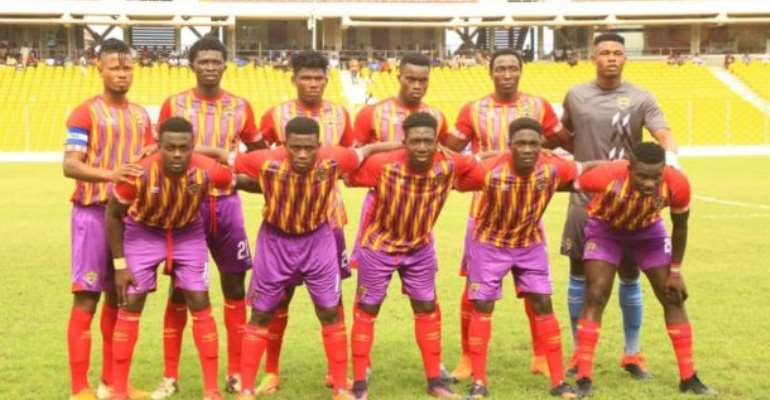 Accra Hearts of Oak have switched to Cape Coast to begin residential camping ahead of the new Ghana Premier League season.

The move is to ensure that the Phobians get enough time to fine-tune their squad before the start of the season.

The entire team are expected to begin training today with a recovery exercise.

However, the quartet of Fatawu Mohammed, Benjamin Afutu, Mohammed Alhassan and Joseph Esso who are currently with the Black Stars B will join the team on their return from Burkina Faso.

The Phobians have lined up a series of friendly matches with clubs in the Central Region.

The former Ghana Premier League winners will engage Skyy FC in a friendly on Sunday.

The upcoming friendlies are aimed at keeping the team prepared as they seek to bring to an end over a decade long trophy drought.

Hearts of Oak defeated their city rivals, Great Olympics in Homowo cup at the Accra sports stadium on Sunday.