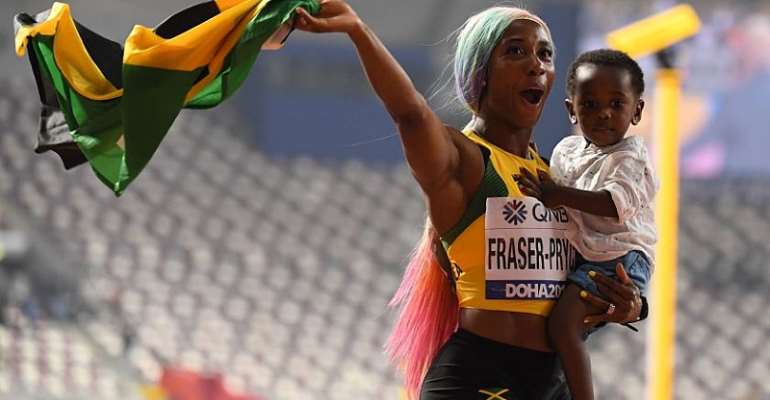 Britain's world heptathlon champion Katarina Johnson-Thompson has been nominated for the IAAF World Athlete of the Year award.

Johnson-Thompson won her first global outdoor title at the World Championships in Doha with a British record 6,981 points.

The 26-year-old won the European indoor pentathlon title in March.

Jamaica's Shelly-Ann Fraser-Pryce, who stormed to 100m world gold in Doha, is also among the 11 nominees.

Kenya's Eliud Kipchoge, who broke the two-hour marathon mark in October, and two-time world gold medallist Christian Coleman of America have been nominated in the men's category.

The winners will be announced at the World Athletics Awards in Monaco on 23 November.