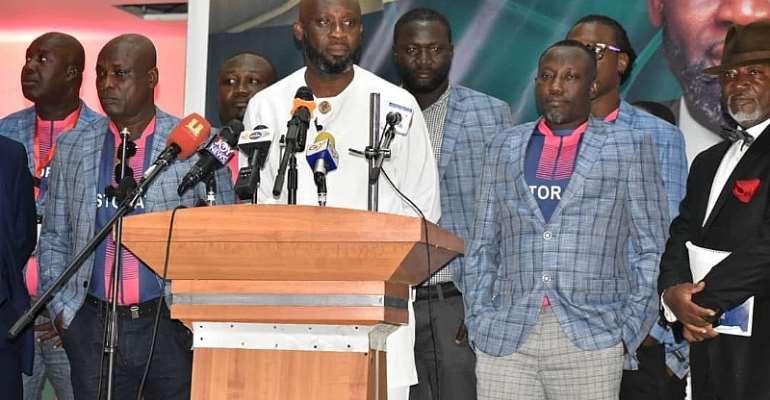 The former Hearts of Oak chairman amazingly gives the former Ghana FA vice president’s manifesto an impressive 80% thumps up for highlighting on the major issues bedevilling the progress of the domestic game.

Mr Zakkour praised George Afriyie for his impressive manifesto on GTV Sports Plus where he had appeared for an interview with seasoned Sports journalist Mr Kurl Tuffour ahead of the elections on 25th October 2019.

"I will give you 80% for your manifesto."
George Afriyie, bankroller of Division One League side Okyeman Planners, is seeking to become the new Ghana FA boss and successfully launched his Redemption, Restoration and Revival manifesto last Saturday in Sunyani.

Afriyie has been successfully vetted and has emerged as the best candidate to lead the country's football governing body.

The elections is expected to be held on October 25.