Dembele Ruled Out Of Clasico For Insulting Referee 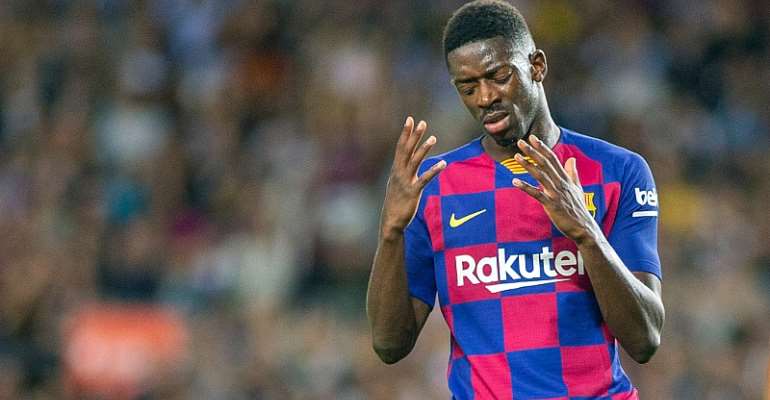 Barcelona forward Ousmane Dembele will miss the La Liga ‘Clasico’ against Real Madrid after the Spanish football federation said he is to be suspended for two games for verbally abusing a referee.

Dembele was shown a straight red card towards the end of Barca’s 4-0 win over Sevilla on Sunday, with referee Antonio Mateu Lahoz stating in his report that the French player gesticulated towards him and said “you’re very bad”.

The forward, who had been named in the starting line-up against Sevilla ahead of 120-million-euro ($131.78 million) forward Antoine Griezmann, will miss Barca’s next league game at Eibar on October 19 and the home clash with La Liga leaders Real on October 26.

Barca defender Gerard Pique is out of the Eibar game after picking up five yellow cards but is back in time for the game against his side’s biggest rivals.