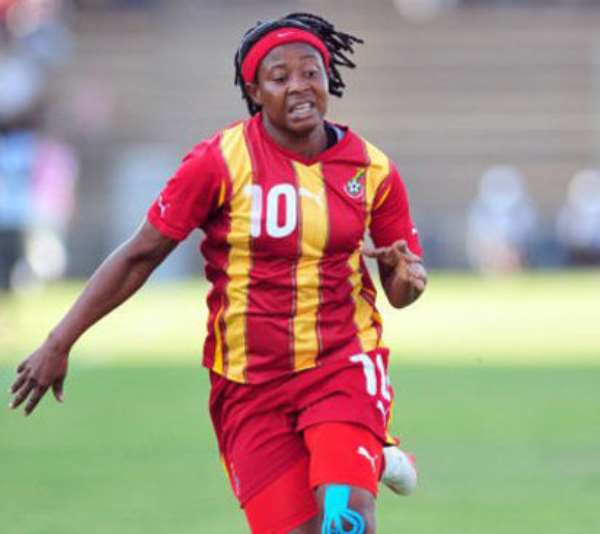 Former Captain for the Ghana women’s national team, Adjoa Bayor has blamed the technical handlers of the current Black Queens side for their exit from the qualifiers for the 2020 Tokyo Olympic Games.

The team was beaten 1-0 by Kenya in the second leg of the qualifiers to the next Olympic Games after drawing goalless in the first leg last week. What that means is that Ghana has been knocked out and will miss out on the Games for the third time running.

Speaking in an interview with Happy FM on the back of yesterday’s results, Adjoa Bayor has indicated that she blames the technical handlers of the Queens. According to her, they failed with their player selection after opting for an inexperienced squad.

“I am saddened by the Black Queens defeat. The defeat was here because I noticed that the players didn’t play their hearts out for the nation.

“Most of the players are inexperienced so clearly you could see that they are not matured enough to play for the Queens”.

“I blame the technical team because they should have blended the youth with the experienced ones but these young players are not mentally up there to play for the senior team”.

“I don’t know why Elizabeth Addo wasn’t invited for the game. They always say that a player doesn’t respect because they stand up for their rights such things happened during our time. Apart from her, we have a lot of matured and experienced players who can help the team”, the Black Queens legend noted.

She has now called on the Coach Mercy Tagoe-Quarcoo to blend experience with youth players in the team’s next assignment.